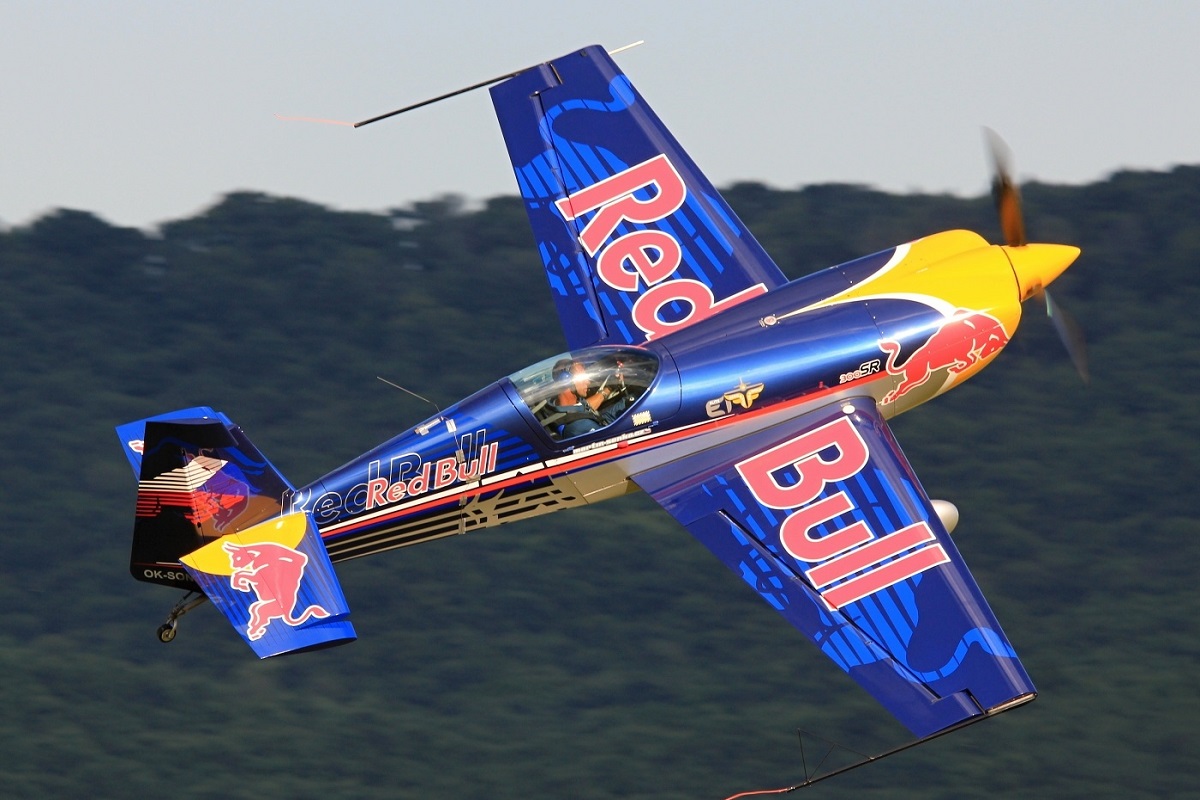 Extra Flugzeugbau EA-300 is a two-seater acrobatic monoplane capable of flying in the competition category Unlimited. We can currently see some of our sports pilots flying in these specials. These include, for example, Martin Šonka, Petr Kopfstejn, Marek Hyka and Radim Bajgar. The creators of the animated film Aircraft from 2013 were inspired by this aircraft when creating the negative “characters” Ned. 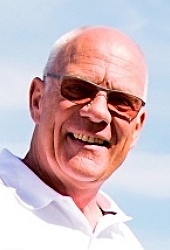 The aircraft was designed in 1987 by the German aerobatic pilot Walter Extra, based on the design of the previous Extra 230 model, which still had wings made of wood. The frame of the Extra E-300 machine consists of a frame made of welded steel tubes, coated with aluminum and is designed to withstand a gravitational overload of ± 10 G with one pilot (± 8 G with two pilots) without any problems. The wing beams are made of composite materials, which guarantee the wings’ endurance of gravitational overload, up to 24 G. Thanks to the symmetrical profile of the wings and zero approach, the machine has the same flight characteristics whether it flies upwards or not. The legs of the fixed chassis are also made of composite materials, in addition to the wheel covers made of fiberglass. The drive unit of the machine consists of a Lycoming AEIO-540 direct injection engine with an output of 224 kW.

The first prototype of this aircraft took off on May 6, 1988 and, according to the manufacturer’s website, piloted the same year by pilots from three different competing teams at the World Championships in acrobatics. The machine received German type certification on May 16, 1990, followed by the start of series production. The development of the aircraft continued and therefore on March 4, 1992, the single-seater model EA-300S took off for the first time. The following year, production of a two-seater version of the EA-300L with a shorter fuselage began, which almost immediately became the most popular model in the 300 series. A typical feature of this version is the wing with a reduced span (60 cm) This series installed on the bottom of the airframe machine. In June 2005, Extra Aircraft introduced during EAA Airventure Oshkosh its latest and high-performance EA-300LP (P = performance) with reduced weight, specially redesigned for better performance in competitions and on air days.

Thirty-three comes on the scene

In January 2006, production of the first piece of the EA-300SP model began for a French pilot competing in the Red Bull Air Race. It is a lighter and more powerful version of the EA-300S type with an installed tail of the EA-330SX version. After the new EA-330SC type receives EASA certification on July 17, 2008, the production of the previous type 300SP is terminated. Compared to its predecessor, the Extra EA-330SC has a more powerful Lycoming AEIO-580 engine and is specially designed for the Unlimited competition. A kind of intermediate stage between the 300SP and 330SC is the EA-330SX model with a larger tail section, which was originally developed to order from the 300S model. In the end, about 300 pieces of this type were produced, and like the following model, which later replaced it, this type was also powered by the AEIO-580 engine. In February 2009, the certification of the new two-seater EA-330LC aircraft was completed, which is to serve not only for training, but also as a machine suitable for demonstrations of acrobatics during flight days, or as a two-seater competition aircraft.

In April 2010, the company launches a completely new model Extra EA-330LT. During a demonstration at the AERO trade fair in Friedrichshafen, Germany, the demonstration pilot managed to reach speeds of up to 379.66 km / h, making the said type the fastest certified piston-powered aircraft in the world. The successes did not take long, so these machines in various modifications celebrate victory in almost all acrobatic competitions. An example of this is the title of world champion from 2013, pilot Francois le Voto, who won with the EA-330SC at the 27th WAC in Texas, USA. Another proof of the performance of these aircraft and the skill of the pilots is again the title of world champion, which Louis Vanela achieved with the same type at the 11th FAI World Advanced Aerobatic Championship. However, Extra Aircraft is not idle even now and is already working on a completely new model called simply NG. It is an aircraft with completely new kite shapes, an all-carbon rigid base frame and a completely redesigned ergonomically advanced cockpit with state-of-the-art avionics. Thanks to the already mentioned improvement of the aerodynamics of the fuselage, according to the manufacturer, it is possible to achieve even higher maneuverability, more precise controllability and higher machine speed.

Extra EA-330LE is a prototype of a single-seat version of this acrobatic special, powered by an electric brushless motor Siemens SP 260 D with an output of 261 kW. This power unit itself holds the record in terms of power to weight (5.22 kW / kg), which is five times more than comparable electric motors. It is powered by two Li-Ion batteries with a total output of 37.2 kWh, located just behind it. The entire prototype weighs only 1000 kg and serves only as a test device for flying a new propulsion system. On Thursday, March 23, 2017, according to Siemens, this concept set a new speed record of 340 km / h at Dinslaken Schwarze Heide, Germany. The next day, this machine, piloted by Walter Extra, claimed first place when it became the first electric aircraft in the world to pull the glider into the air. It was a Rolladen-Schneider LS8, which was raised to a height of 600 meters in just 76 seconds.

** development was halted and replaced by 330SC