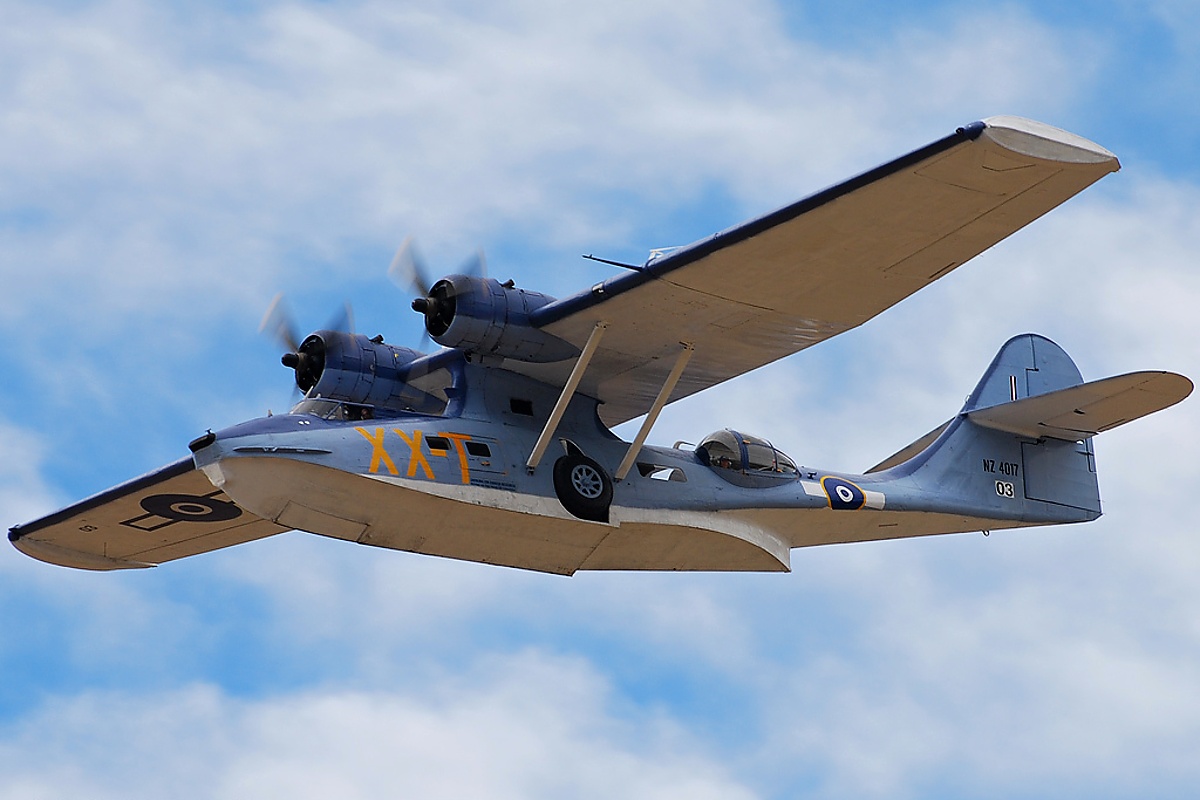 Consolidated PBY Catalina was probably the most famous and most used flying boat and since the PBY-5A version, an amphibious aircraft throughout the Second World War. In addition to the US Armed Forces during the war also used RAF, RCAF, RAAF or French Aéronavale. It has proven itself especially in search and rescue missions, downed pilots and castaways. However, it was also successful in fighting submarines, protecting convoys or reconnaissance operations. Due to their reliability, high load capacity and long range, the last pieces were excluded from active military service in the armies of different states only in the 1980s. Due to these advantages it is still used in many countries of the world as a water bomber.

In the early 1930s, the US Navy announced a competition for a patrol seaplane. Already in 1931 the Navy adopted the first designs of machines of this type Consolidated P2Y and Martin P3M. Unfortunately, both aircraft designs were severely undersized with insufficient range and limited cargo, so the US NAVY returned it to companies for reworking. Two years later, both companies introduced their new prototypes, and although Douglas’s proposal was at least as good, the Navy eventually opted for a Consolidated version. The decisive factor that ultimately determined the winner in this selection competition was the estimated purchase price per aircraft.

The prototype referred to as XP3Y-1 (or Model 28) was a high-wing aircraft with external metal struts, powered by two radial engines Pratt & Whitney R-1830-54. Retractable stabilizer floats on the machine modified the British company Saundres-Roe, which later serviced machines supplied by the 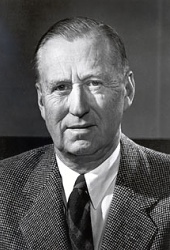 Royal Air Force. The original design of the double tail reinforced struts, was due to the problem of immersion in the take-off on water. Thanks to this cleaner aerodynamic appearance, the Model 28 has achieved much better test results than the original design. He was armed with four 7.6 mm Browning AN / M2 machine guns and could carry up to 910 kg of bombs. First flew on March 28, 1935, and was immediately handed over to the US Navy for service study. In October of that year, the prototype was returned with a request to install the more powerful Pratt & Whitney R-1830-64 engines and make other minor changes. This modified model known as the XPBY-1 again took off for a test flight on May 19, 1936, during which it covered a distance of 5,541 km. Over the next three years, the design was gradually further developed and subsequently introduced new, but at the same time already produced models.

The amphibious version of this aircraft known as XPBY-5A was first raised in the air in November 1939. This modified version of the PBY-4 had a hydraulically operated retractable three-wheel undercarriage based on the design of aircraft engineer Leroy Grumman and self-sealing fuel tanks. In addition, a 7.62 mm Browning machine gun was mounted in the rear firing range, the glazed “teardrop” shooting range was equipped with 12.7 mm machine guns, and the entire aircraft had generally better armor.

In February 1943, Naval Aicraft Factory introduced significant innovations in the design of the PBY-5, many of which would significantly delay or completely interrupt deliveries to end users if Consolidated incorporated them into its product range. Compared to the basic type had this aircraft known as the PBN-1 Nomad sharper fuselage lines, which were in some places extended and created an overall new shape. It also had larger fuel tanks, the installation of which increased the flight range of the machine by 50% and stronger wings, which raised the gross take-off weight of 908 kg. Also mounted was an auxiliary power unit together with an improved electrical system and weapons with a modernized charging system.

Training units from the naval air base on the island of Whidbey (Washington State) and the naval airport in Newport (Rhode Island) used 18 of these machines, the remaining 138 produced machines served in the Soviet Navy. Some improvements made on this type were later also used in the design of the PBY-6A variant manufactured by Consolidated.

The production of the PBY-5 showed interest in the Soviet Union, where they were sent three model aircraft together with a team of engineers of the company Consolidated, who assisted in the establishment of local production facilities. On these licensed aircraft called GST (Gydro Samoliot Transportnyi) were initially installed sets of two radial engines Shvetsov M-25, later replaced by radial versions of Shvetsov M-62 671-746 kW.

The designation of the letters PBY in the name of this machine originated during World War II, when the US Armed Forces used code names for military aircraft. The first two letters indicate the primary use of the aircraft (Patrol Bomber) and the third letter Y from the manufacturer Consolidated Aircraft. However, these seaplanes were also manufactured by Canadian Vickers (PBV), Boeing Canada (eg PB2B or Boeing PBB) and Naval Aircraft Factory (PBN). The name Catalina originated with the Royal Air Force according to British tradition, to name seaplanes and amphibious aircraft after port cities. The same tradition followed the Royal Canadian Air Force, choosing the less known name Canso. This name was taken in 1942 and the US NAVY, while the USAAF used only during the war code name OA-10. During the Pacific War, these aircraft were painted black and used for night flights to combat the Japanese. Many US Navy pilots have therefore begun to call them Black Cats. These aircraft were used during the conflict in rescue missions, where it was soon known as Dumbo.

After the war, various reconstructions of these amphibious aircraft gradually appeared. The first known rebuilding was in the early fifties the so-called flying yachts, which were rebuilt by the famous racing pilot and Hollywood consultant Paul Mantz from several surplus military machines in Orange County, California. 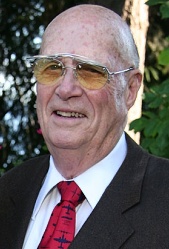 Similarly interesting reconstruction was carried out in the late sixties by aviator, inventor and engineer of biomedicine. Forrest Bird at its Bird Corporation. It was a model PBY-5A Canso, which had a reinforced wing complemented by a pair of engines Lycoming GSO-480-B2D6. Southern California Air Service took care of moving the flight engineer’s controls to the cockpit to fly the modified machine without it. The electrically controlled propellers on the additional engines were fully reversible and clearly improved the seaplane control on the water. In contrast, propellers on the main engines continued to be operated in a standard mechanical manner. The larger rudder and more powerful Pratt & Whitney R-1830-94 Twin Wasp main engines have been installed before. Installation of additional engines exceeded expectations, the aircraft was now able to cruise speeds of 244 km / h. After stopping one main engine, the machine was able to continue to fly at a constant speed of 200 km / h, which was essentially equal to the maximum speed of the original. The machine, although much better handled on the water and reached a higher cruising speed, but also with its 29 000 lb far exceeded the maximum weight (27 000 lb) considered by the US military as safe.

Only one aircraft was rebuilt and purchased by Pyramid Corporation Innovator in the late 1970s. The new owner then converted it into a photographic version for the crew, whose task was to count whales along the west coast of America. A plastic bubble with a camera was installed in the nose, as was the case in the right “drop-shaped” alcove and the rear staircase door. After completing the whale exploration, the machine was stored in Titusville, Florida. However, the local official mistakenly believed that the aircraft had to be used for illegal purposes and confiscated it. After many years of court proceedings, this unique was liberated, but time and the Florida sun have taken their toll. In the early 1990s, they were bought by well-known aircraft dealers in New Mexico and spent most of the years repairing the aircraft to airworthy condition. During the 1997 inspection, the new owners managed to discover an incorrectly repaired main keel, damaged during landing in the 1960s. The extent of damage, previous attempts at repair, and corrosion have shown the need for major inspection of the aircraft according to IRAN (Inspect and Repair As Necessary) standards.

The last well-known rebuild carried out at about the same time as the above-mentioned Bird’s Innovator was an aircraft rebuilt by Steward-Davis International Inc. The original version of the PBY-5A, re-branded as Steward-Davis Super Catalina (later known as Super Cat), has upgraded engines Wright Cyclone R-2600, a larger square rudder and many other improvements.