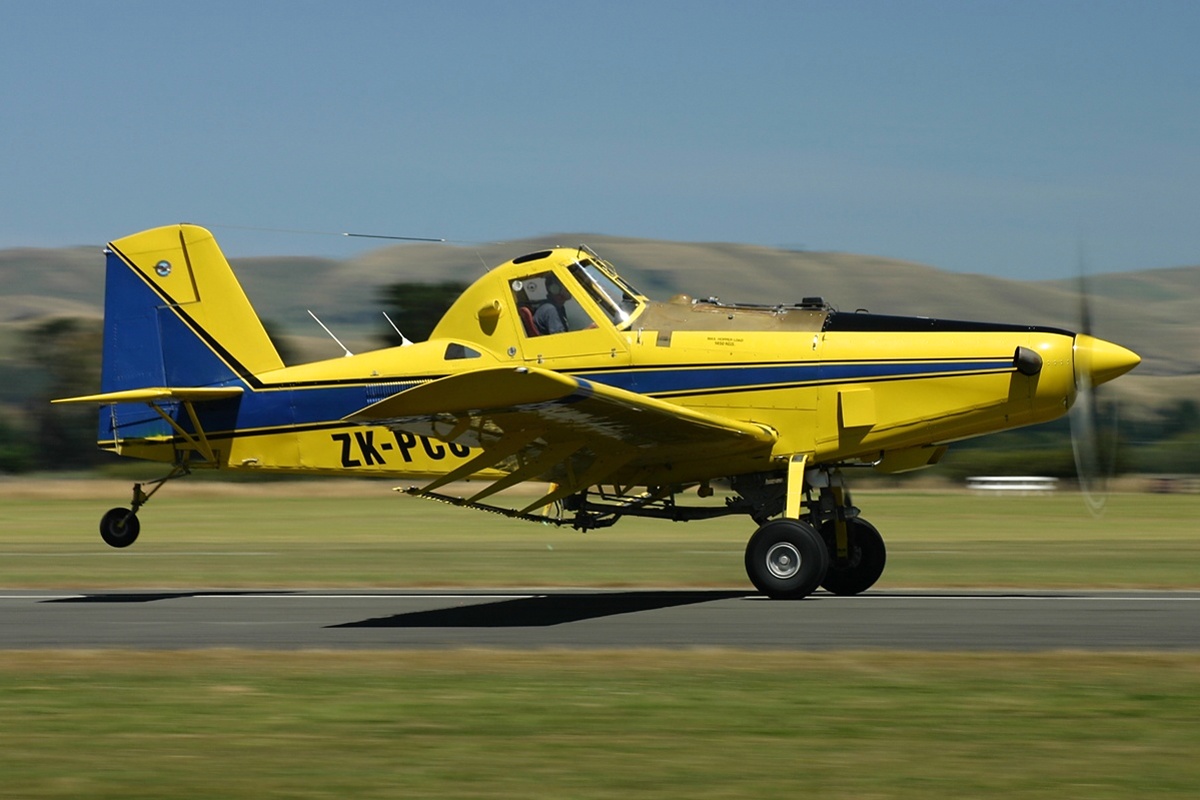 Air Tractor AT-400 is an aircraft built primarily for agricultural purposes. It is a low-wing aircraft with fixed chassis, cruise control and chemical tank of 1,510 liters. Although its design is very similar to our Z-137 Turbo Bumblebee powder machine, it first got into the air as early as 1979 and received certification the following year in April. Our derived Z-37, however, had to wait for its first take-off until 1981 and its mass production began even in 1985. This machine in 2013 received great popularity thanks to the animated character of Dusty Crophopper from Disney movie Aircraft.

The first AT-400 was powered by a Pratt & Whitney Canada PT6A engine of 507 kW and fitted with a Hartzell-B3TN-3D HC propeller. Unfortunately, just from the next AT-400A has been installed only a weaker engine with only 410 kW. The following AT-401 model with a longer wingspan and a 447 kW Pratt & Whitney R-1340 radial engine was basically just an improved predecessor of the AT-301. Later, this variant also tested the Polish engine PZL-3S, but was built only one specimen. In December 2001, the latest version of the AT-402 with revised wings and increased span began to be mass produced. Animators from DisneyToon Studios were inspired by this machine to create the animated character of Dusty Crophopper (Powder). In April 1986 it was replaced by a modernized 500 series, which differ mainly in the larger wingspan, longer fuselage, a larger chemical tank and also an observer seat. Even so, the manufacturer still offers it as an ideal machine for beginning farmers.