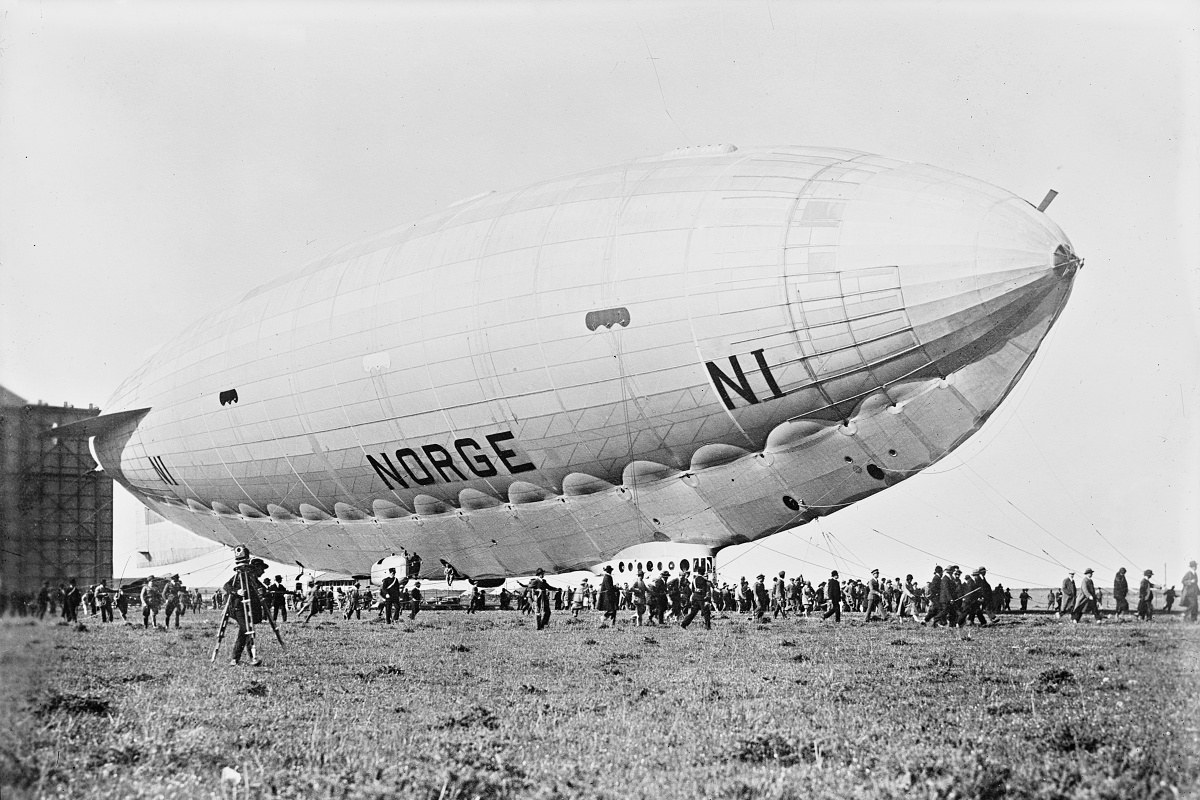 Airship N1 better known under the later name Norge was an Italian airship of semi-rigid construction. This lighter air machine became a pivotal means of transport when it crossed the North Pole by the Amundsen-Ellsworth 1926 Transpolar Flight expedition. Aerostat and other technicians looking for passengers on the road who use the resurgent on the screen in Amundsen, the Norwegian director Espen Sandberg. 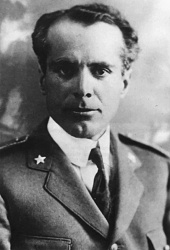 The construction of the N1 aerostat starts according to the design of the airship plk. Umberto Nobile in 1923 and the first one was commissioned in March 1924. The body of the machine uses only a partial skeleton coated with a four-layer cotton fabric, which is rubberized on the inside and the outer aluminum coating. The crew gondola was large and extravagant. It was placed on a flight deck, bedroom and lounge with armchairs. In 1926, the entire airship was adapted for flights in the Arctic conditions of the North Ice Turntable. Modifications mainly concern the reinforcement of the tail and nose of the steel frame, connected by a flexible keel. It was later coated with cotton fabric and served as storage and crew space. Three motor nacelles were attached to the keel bottom and the money handling began with a smaller and easier steering cabin. Maybach Mb.IV petrol engines with 240 horsepower were installed in the gondola. Using them, the airship could move at speeds of up to 115 kilometers per hour.

It is interesting that the airship was available for measuring the conductivity of air supplied by the Czech physicist Frantisek Behounek. Just before the departure, the available steel parts have been changed in his instrument. Over the years, Swedish physicist and meteroologist Finn Malmgren is serving. The results of the joint measurements were published in Paris as a suitable scientific outcome of the expedition. One year later, he expects F. Běhounek to be invited to personal life on another expedition in the Italia airship, which took part in the spring of 1928. 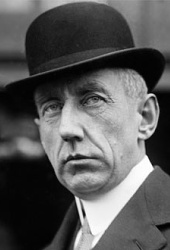 In 1925, Roald Amundsen and his patron Lincoln Ellsworth and pilot Hjalmar Riiser-Larsen unsuccessfully attempted to cross the North Pole by air using a Dornier Wal seaplane. Immediately after his return, he contacted Luftschiffbau Zeppelin in Friedrichshaven, where he was refused. The explorer, but he knew designer U. Nobilem and therefore he sent him on July 15, 1924 telegram requesting a meeting in Oslo. For this secret meeting, one can propose to buy his N1 aerostat member, who would like to cross the Arctic. The Italian designer agreed to the contract and proposed N1 modifications for cold conditions. Amundsen is holding on to a contract that Umberto Nobile will be a pilot and the five members of the expedition will be Italians. It is possible that it is possible to take advantage of a more favorable approach to a larger part of the Norwegian Aero Club, where its current name is changed to a more convenient Norge, ie Norway.

The transfer of ownership took place on March 29, 1926, during a formal ceremony in a huge hangar at Ciampino Airport near Rome. Among the visitors were Roald Amundsen, Hjalmar Riiser-Larsen, Lincoln Ellsworth, Rolf Thommesen of the Aviation Society, Umberto Nobile and his Italian crew, Johannes Irgens, who was the Norwegian Ambassador to Rome and last but not least the Italian Prime Minister Benito Mussolini. For the better future cooperation of Nobile with Amundsen, it was unfortunate that the mussolini expected a payback for good publicity for their fascist state. Ensure that the entire expedition can be started so that machinery is available from Italy to the berth in Ny-Ålesund. This flight is not carried out continuously and it is possible to find a suitable airport with berths for airships, which does not have enough in Europe and therefore two more masts are built in Ekeberg and Vadsø. Ekeberg’s mast was dismantled during World War II and the site was fitted with a plaque. The mast in Vadsø still stands in its place and is recognized as a historical monument.

An anchor mast and a large temporary hangar were built in Ny-Ålesund during the winter of 1925. The hangar measured 110×34 meters, was 30 meters high and covered an area of ​​3,500 m². For this construction, it was necessary to transport 600 m² of wood, 50 tons of iron, and about 200 m3 of concrete were used for both the mast and the hangar foundation. The entire hangar was then covered with about 10,000 m² of canvas. In March of the following year, the ship also received the necessary hydrogen transported in a total of 4,800 bottles. The entire 16-man crew of the Amundsen-Ellsworth 1926 Transpolar Flight Expedition, launched an airship on May 11, 1926 at 9.55 and the next day at 12:25 Greenwich Mean Time was above the North Pole. Roald Amundsen and Oscar Wisting were the first to reach both poles. The Norwegian, American, and Italian flags fell to the ice, and the flight continued toward Alaska. It was now an unknown territory, and Amundsen sat in front of the cabin to search for some land.

Unfortunately at 8:30 a heavy fog came, making it impossible to look down on the ice or the ground. A very thick layer of icing formed on the airship’s shell and propellers and there was a risk of puncture the cover. Common repairs were therefore carried out immediately in flight and as far away from the keel area. On the third day, however, the weather was much better, and at 13:35 (GMT), Amundsen and Omdal recognized a small house in Wainwright, which they had built during their stay in 1922-3. Then, however, the more difficult part of the return flight. A strong gale was unleashing over the Arctic, carrying the entire aerostat to the west across the Bering Strait, and at times it was extremely difficult to fly. However, in the evening around 6 pm, the crew probably managed to sail very close to Cape Serdze Kamen on the Siberian coast, and an hour before midnight they were already returning from the Alaskan coast. The next morning at 3.30, they were already passing the Prince of Wales cape and the destination was in sight.

The flight lasted only 72 hours at that time, and although they did not know exactly where they were, they decided to land as soon as possible on 14 May. They chose an ice-covered bay next to the small village of Teller, about 150 km northwest of Nome. They managed to land without any problems and then they were transported by ground members of the expedition to the aforementioned town of Nome. Although the airship was planned to be packaged and returned to Italy, it did not. Pieces of cover have since appeared in many places. The chairs and fuel tank are now on display at the Anchorage Aviation Museum. Other parts were most likely newly used on different machines.