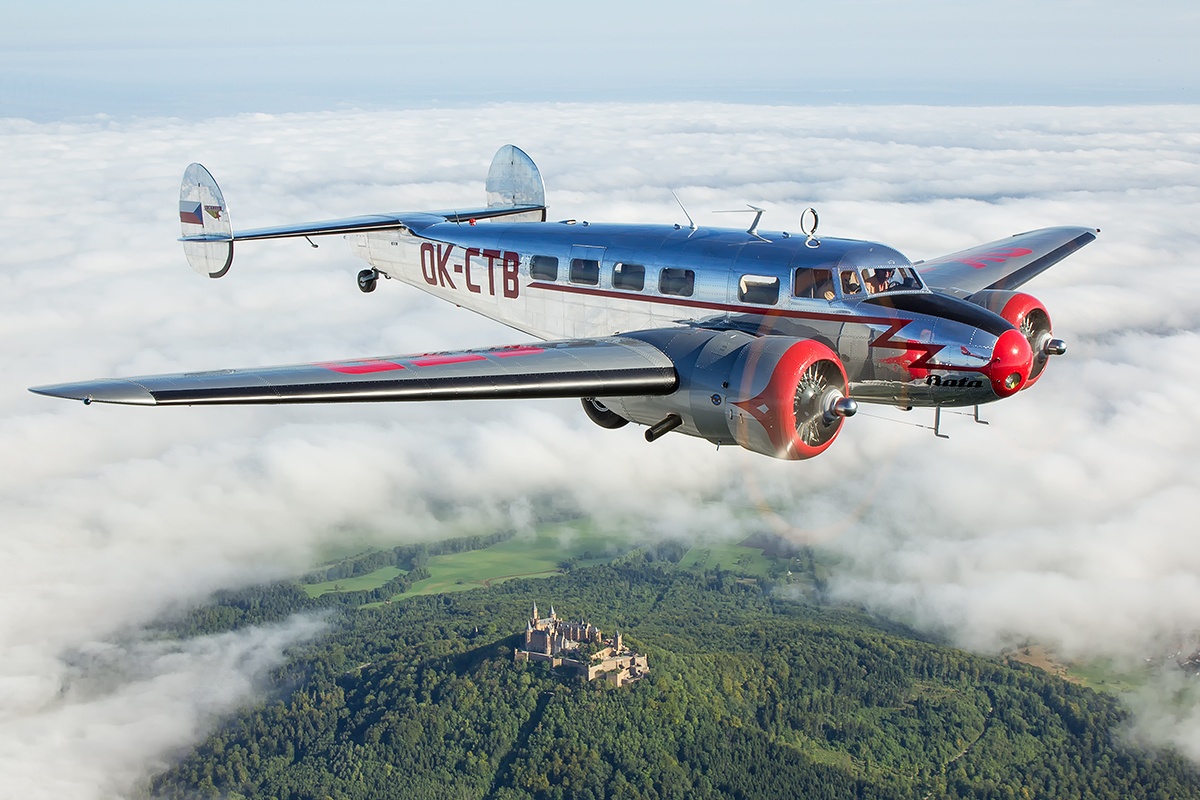 Lockheed L-10 Electra is an American twin-engine low-wing aircraft with timeless shapes. Although it is primarily a transport airplane, it was mainly used as a personal machine of the then elite. Among these elite was also Jan Antonín Baťa, who took two copies of this type of aircraft around the world. The American pilot A.M. Earhart, who was the first woman to attempt to fly the Atlantic Ocean, also has a significant share in the popularity of this aircraft. In 2009, Amelia’s film drama with Hilary Swank was also filmed in the lead role. 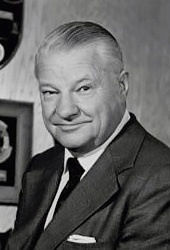 It was the first twin-engine Lockheed Corporation, whose development was also involved in aerospace designer and innovator Leonard Clarence “Kelly” Johnson. This innovator, during tests in the aerodynamic tunnel of the University of Michigan, found that the prototype model had insufficient directional stability. After he succeeded in convincing the chief engineer Hal Halibard to find further aerodynamic tests, he found a solution to the problem of doubling the vertical tail. The prototype of the Pratt & Whitney Wasp Junior SB powered airplane first flew on 23. February 1934, and the official flight certificate acquired this type of machine on August 11th of the same year. Northwest Airlines has ordered 148 L-10A versions for two-member crew and 8-10 passengers. The machines were then transferred to the company in the period 1937-41. The L-10B and C variants then differed only with the engines used. For the L-10B version, the Wright R-975E-3 Whirlwind engine and the Wasp Junior SC-1 was the L-10C.

This very successful construction was very well sold both on the domestic market and abroad. Among the European buyers of this aircraft were, for example, Polish LOT, Yugoslavian Aeroput, Romanian LARES and British British Airways. Several L-10s were also used by US Airborne Armed Forces, but under the designation UC-36, JO-1 and R2O-1. The prototype XC-35 of May 1937 had the first US engine in the cockpit of cockpit and passenger cabin and its engines were equipped with compressors. At the same time it was the first airplane designed independently by C. L. Johnson. The great interest in the L-10 led very soon to the development and production of two derived types to meet the requirements of those interested in the efficient transport aircraft in other categories. There was a smaller six-passenger machine named Lockheed L-12 Electra Junior and later the largest Lockheed L-14 Super Electra, designed for twelve to fourteen passengers.

The first Electra Junior was flown on 27. June 1936 and powered by two Pratt & Whitney R-985-SB starfighters that sparked Hamilton Standard’s two-bladed propeller. The CAA Certificate of Airworthiness was acquired in October 1936. The first 90 series machines were identical to the prototype and were labeled L-12A, differing only with the more powerful R-985-SB-2 engines. During the development of the Electry Junior, the Wright R-975-E3 Whirlwind was also installed on two L-12B versions.

These relatively small airplanes were interested not only in the United States, but also in the UK, France, Canada and Australia. Before the Second World War, the USAAF bought two machines, which were then used under the designation C-40B. These aircraft were borrowed from the USAF under the name XJO-3. A lesser known modification was the L-212A type, which was armed with a single rigid bowler in the bow and one movable in a shooting tower on the back of the fuselage. In the period 1939-41, the Dutch East Indian Aerospace purchased sixteen machines of this modification.

The Super Electra prototype took off for the first time on 29. July 1937, powered by two Pratt & Whitney Hornet S1E-G engines, which were later rebuilt into the C-14H-1 freight variant. Followed by nineteen L-14H series machines. The other thirty-two L-14H-2 series machines had Hornet S1E2-G drive units installed. Since three Northwest L-14H machines crashed in the first 15 months of their service, Lockheed decided to sell the remaining aircraft of this version. The demand for higher speeds of some L-14 customers led to the production of two L-14Ns with Wright Cyclone GR-1820-G105 engines, one L-14N-2 with GR-1820-G102 drive units and one L-14N- 3 with GR-1820-G105A. Among the European companies that had their Super Electry fleet included Polish LOT, Dutch KLM Royal Dutch Airlines and British British Airways.

The export version of the L-14WF-62 was delivered with Wright Cyclone SGR-1820-F62 and the L-14WG-3B was exported with Cyclone GR-1820-G3B. In 1938, Japanese company Tachikawa Hikoki K. K. bought twenty of these machines without engines and equipment. After completing, Dai Nippon Koku K. K was used by the transport company, which then bought another ten fully equipped airplanes directly from the USA. Under the LO license, it produced another 64 aircraft. Fifty-five of them have also built the Kawasaki factory, which then redesigned the aircraft and supplied it to the Army Air Force as the Kawasaki Ki-56.

The British Purchasing Commission began in 1938 to negotiate with Lockheed Corporation a contract for the development and production of a multi-engine airplane designed for navigation training. Following the next meeting, a contract for the construction of 200 units was signed on 23. June, with the model designation 214. Unlike the original design engineers, these machines moved the navigator’s position into the glass hull front, electrohydraulically controlled dart tower (Type C Mk.II) British production with two Browning machine guns and two other weapons of the same type in the bow. Also installed were the more powerful Wright Cyclone G102A engines with Hamilton Standard two-position three-stroke propellers. The first unarmed machine was delivered to England on 15. February 1939, and renamed Hudson Mk.I. It was subsequently taken over by Boulton Paul, who tried to install the already mentioned tower of his own production.

Since Lockheed has been able to meet the scheduled delivery deadline, the British have also signed a pre-arranged agreement to extend the contract by a further 50 aircrafts. Thanks to a new contract for another 100 aircraft, this version produced a total of 351 units, the last one being replaced by one machine destroyed in a crash. Collaboration continued with a small order of 20 models Model 314 (Hudson Mk.II), which had a newly reinforced fuselage structure and a fitted Hamilton Standard Hydromatic propeller with a continuously changeable leaf angle and constant speed control. All other variants (Hudson Mk.III, Mk.IIIA, Mk.IV, Mk.IVA, Mk.V and Mk.VI) bear the model designation Model 414. Lockheed also referred to the AT-18 and AT-18A training types designed for USAAF.

Jan Antonín Baťa, in the context of the development of the company, decided to take a tour around the world in which he wanted not only to control existing branches but also to look for new suppliers or to conclude new contracts. For this trip, he chose Lockheed L-10 Electra from his fleet of aircraft, which was launched from the airport in Otrokovice on 6. January 1937. The journey led through Austria, Italy, Tunisia, Libya, Egypt, British Mandate Territory, Lebanon, Iraq, India, Burma, Thailand, Netherlands East India, Singapore, Malaysia, French Indochina, Hong Kong, China, Japan, Hawaii, USA, France, and finally Germany back to Czechoslovakia. As the ship sailed across the oceans, a total of 54 000 km was made by 24 656 km, or less than half. 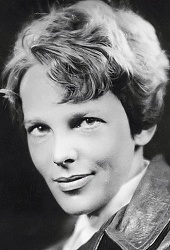 During an emergency landing in Chicago due to bad weather, however, the OK-CTA registration aircraft seriously damaged and J. A. Bata could not continue his journey around the world. The factoryman immediately decided to buy a replacement airplane, and although the machine with the serial number 1091 was originally intended for American pilot Amelia Mary Earhart, he eventually managed to get Baťa’s eager waitress. On his deck he completed his journey around the world and on 1. May 1937 he landed back at the airport in Otrokovice where he was welcomed by thousands of citizens of Zlín. The film also produced a film documentary, a rich photographic documentary and a travel book entitled “For the World Trade”. The OK-CTB matriculation aircraft served at the Bata Air Department until 11. March 1939, when he last flew from Czechoslovak land to travel across Poland and France to London. In 1940 he was sold to the Royal Canadian Air Force, where he was flying as a training and transport aircraft during the Second World War.

After the war the airplane was replaced by 11 private owners, during which time it landed twice in the emergency until the N241M became property of the Texas physician Dr. Almando. After several years of correspondence with Mr. Almand, he managed to buy the aircraft and commence its general reconstruction. After a demanding renovation in the USA, he gained the original color and was transited from Canada, Canada, Greenland and Iceland to Prague in May 2015 by a group of Czech pilots. This 15-stop journey was duly completed at Točná Airport.