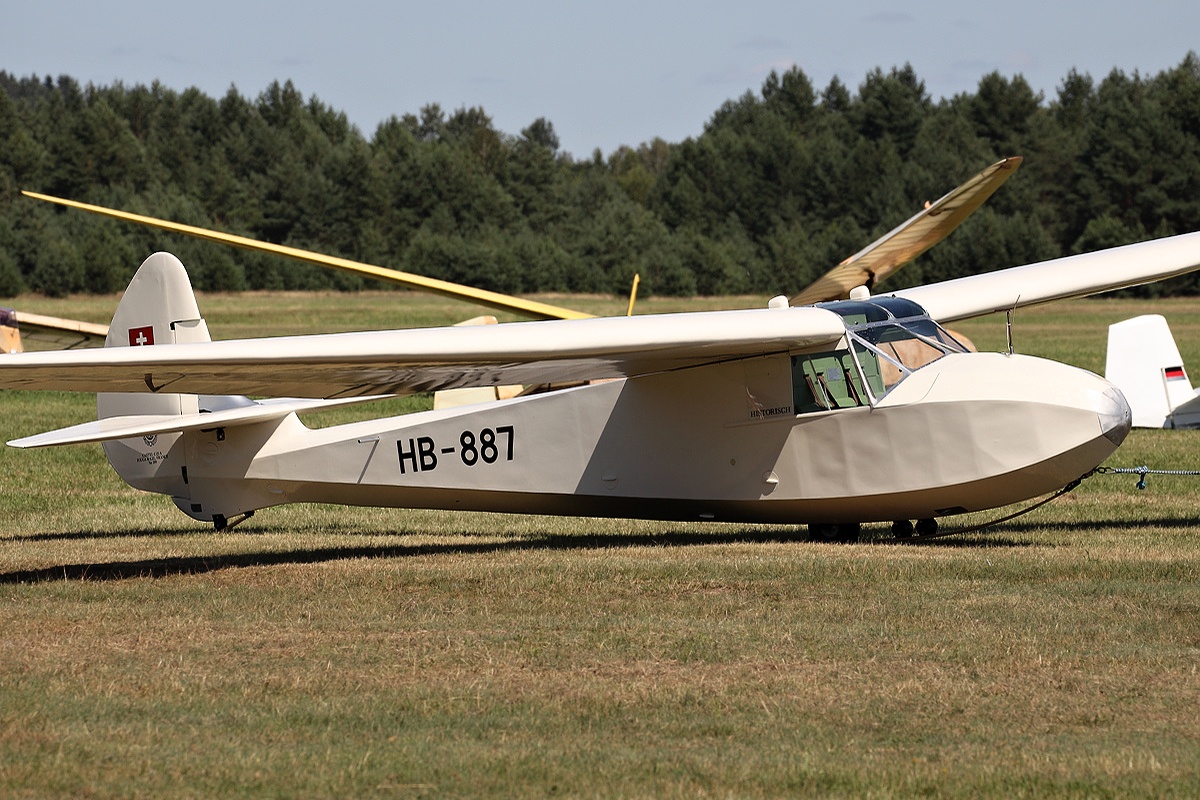 Castel C.25S (also known as Aire) is a French two-seater training glider with side-by-side seating. After World War II, it was manufactured with the aim of reviving interest in flying in this country. Over the years, it proved to be a suitable machine for long-distance flights, in which in the early fifties (1953-55) he set several world records with both male and female crews. The general public then knows him mainly from the final scene of the film La Grande Vadrouille, where in two of them six involuntary refugees escape to a free part of France. 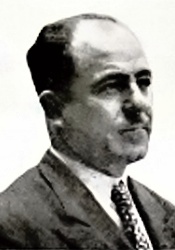 Designer Robert Castello began work on the design of the C.25S glider shortly after the Franco-German armistice in June 1940. Around the same time, Raymond Jarlaud also began designing his Caudron C.800 glider. Both aircraft were to increase the number of machines available for recreational gliding in the southern unoccupied region of France. Prototypes of the Castel C.25S took off for the first time in 1942, and in the next two years, about 30 of these aircraft were manufactured and delivered for the training of future military pilots. After the war, the French Ministry of Aviation was ordered to order another 100 copies with the intention, which I mentioned in the introduction, to revive interest in aviation in the country. It was supplied to the resort in 1945-48 by the company Fouga from Aire-sur-l’Adour. Although the proportion of C.25S gliders in French aviation clubs was smaller than that of the rival Caudron C.800, the fact that both types formed the backbone of basic civilian pilot training until the early 1960s could not be overlooked.

R. Castello glider is an all-wood construction with a mixed coating (combination of fabric and plywood). The self-supporting hull of polygonal cross-section tapering towards the tail is equipped with a fixed single-wheel chassis located behind the main rail and a fixed tail spur. In front of the rudder is a shallow extension on which horizontal tail surfaces are attached outside the hull. The curved rear edge of the rudder extends to the keel and therefore requires a cutout between the elevators for its movement. The crew sits in a two-seater cockpit with seats arranged next to each other under the front edge of the wing. Part of this leading edge is formed by the upper glazing of the cabin, on the front edge of which the remaining part of the cover is also suspended.