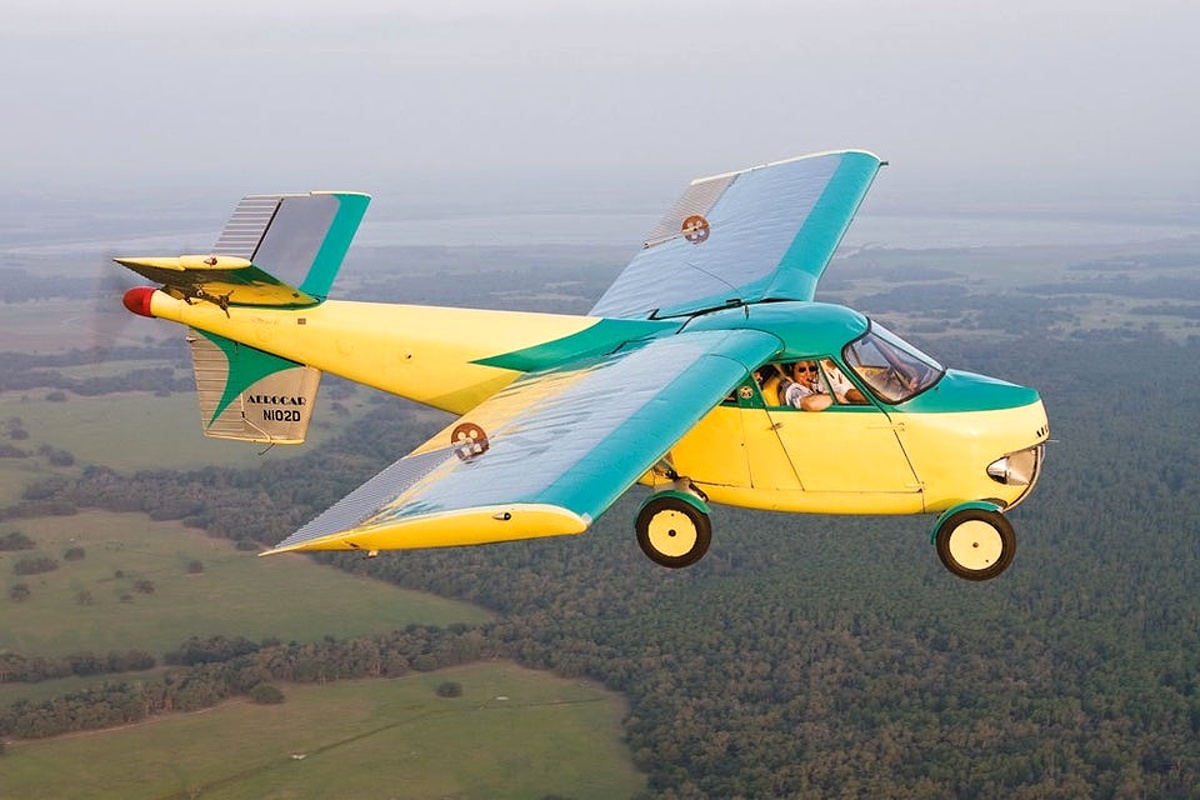 The Aerocar (sometimes also called the Taylor Aerocar) was an American-made flying car designed and built by aeronautical engineer Moulton Taylor. Despite the fact that it never managed to start its serial production, it is considered one of the first usable flying cars. In the 1960s, one copy appeared on the television sitcom The New Bob Cummings Show. The same machine appeared in one episode of the three-part TV show James May’s Big Ideas in 2008. In 2013, this machine became a model for the character of Franz von Fliegenhosen from the animated film Airplanes. 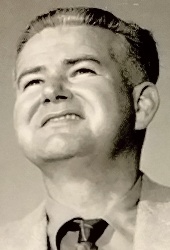 The first design of this hybrid between car and airplane was created by Moulton B. “Molt” Taylor in 1946. Probably the same year, he met inventor Robert E. Fulton Jr. on a trip to Delaware, who designed the Fulton Airphibian flying car. During this meeting, he realized that it would be more practical to replace the removable wings on his car with folding ones and included this idea in his design. The folding wings of the first prototype Aerocar from 1949 (matriculation N4994P, originally N31214) could be prepared by one person for flight mode in five minutes. After tilting the rear license plate, the PTO shaft with the thruster was connected. The car’s engine powered the front wheels via a three-speed manual transmission, which was engaged in neutral during the flight. For road use, the wings and tail of the “kite” were designed to be towed behind the vehicle. Today, this yellow flying car with silver wings is on display at the EAA Aviation Museum.

The fate of six machines

Although the machine received civil registration from the Civil Aeronautics Administration (CAA) in 1956, it was not possible to start series production due to little interest. The reason was M. Taylor’s agreement with Ling-Temco-Vought, in which he undertook to get at least 500 people interested in this flying car. Taylor eventually managed to get only about half of this number, so the production plans were abandoned and produced only six copies (including the prototype) in three versions.

Four pieces of this type were produced, or five (the last was later rebuilt on the Aerocar III), if we include among them the already mentioned prototype. The 1954 hybrid (matriculation N101D) is now owned by Greg Herrick of Yellowstone Aviation Inc. In flight, it can be seen in the Golden Wings Flying Museum. The yellow-green and last Aerocar produced in this version from 1960 (matriculation N102D) is also the only flying machine today. He was the only one to receive a more powerful O-360 Lycoming power unit, which gives him much better performance than previous cars of this variant. Today, owned by Ed Sweeney, it is on display at the Kissimmee Air Museum. Given that it was previously owned by actor Bob Cummings, this specimen is the film machine that appeared on the movie screen from the 1960s and eventually became a model for the character of Franz from Disney’s animated film about airplanes.

The fate of a flying car made in 1956 (matriculation N103D) is interesting. In 1961-63, it was operated by KISN radio owner Don Burden as a flying eye to monitor traffic and emergencies in Portland, Oregon, and was equipped with an emergency police receiver for this purpose. During his service at the radio, several pilots took turns behind the “stick” of this Aerocar, and all of them had the same Scotty Wright call sign during the transmissions. In three years there were a total of five, the first piloted by war veteran Guilford Wikander, followed by his sister Ruth, then W. John Jacob III, Wayne Nutsch and Alan Maris. During the return to the airport after the evening report, this machine managed to survive without damage the storm Columbus Day (also known as the big blow and originally as Typhoon Freda) which occurred in 1962. The fateful day was piloted by Ruth Wikander in which she landed in extreme weather conditions (wind speed more than 160 km / h). Of course, Don Burden also saw great promotional potential in the aircraft, which is why it was painted white with red hearts and on both sides of the wings (upper and lower) the letters KISN for the three years mentioned above. He also regularly participated in the Portland Rose Festival parade, where he was driven like a car by the aforementioned pilots. The machine last looked into the air in 1977, since then it is no longer capable of flight and is falling into disrepair in a warehouse, where it is waiting for its probably sad fate.

Aerocar II Aero-Plane (matriculation N107D) I do not belong a bit, because it was an unusual ultralight aircraft made in 1964. From the original Aerocar were used wings and tail, which installed on a new laminate cabin for one driver and three passengers. The aircraft is powered by an IO-320 Lycoming engine with an output of 110.3 kW. Only one piece was made, which is now owned by Ed Sweeney in Colorado Springs.

The red Aerocar with silver wings (matriculation N4345F) is the latest attempt to resurrect the idea of ​​a flying car as a means of transport. The car was made as one of the original machines, but after it was damaged on the ground by a customer in the 1960s, Taylor decided to buy it back. In his company’s workshops, he then replaced the original cabin (although it still did not reach the required sports lines, which M. Taylor originally wanted to give her) and installed a Lycoming O-320 engine with an output of 104.4 kW. He also proposed a modification of the wheels of the trailer for the wings, which could now be pulled out of the compartment on the outside of the leading edge of each wing. He also redesigned the four-wheel chassis, which was now fully retractable and adjustable to three positions. In the first position required for take-off and landing, the wheels extended as far as possible, for driving on the road it was partially retracted for stability reasons and the last option was to fully retract the wheels during the flight. With these innovations, Taylor was able to gain some interest from Ford, but unfortunately no production took place in the end. The only produced copy of this version is on display today with the registration mark N100D at the Seattle Aviation Museum.