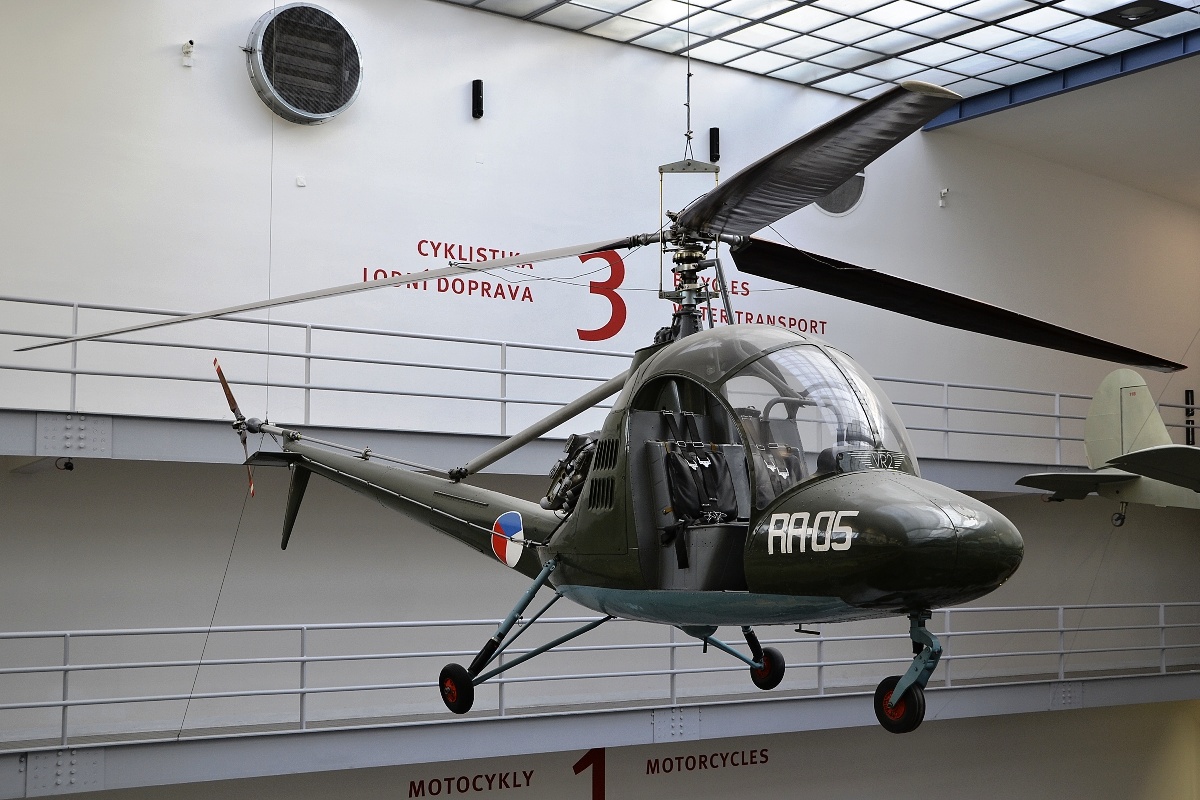 HC-2 Heli Baby was a light two-seater training and connecting helicopter. Unfortunately, thanks to the ban issued by the Soviet Union in 1962, its serial production lasted only four years (1958-1962) and it is thus the only machine of this type, which was mass-produced in Czechoslovakia. The cute helicopter first appeared in the film in 1959 in the domestic family film Holidays in the Clouds. He did not reappear on the screen until thirty years later in several scenes in the Flying Dolphin series.

Discrepancies in the name

Various designations of this helicopter can be found on the Internet, mostly with the added name of a company that has something to do with the machine. And so we can meet with names like Aero HC-2, Moravan HC-2 or even Zlín HC-2, the same applies to the more powerful variant of HC-102. The closest to the truth is the designation Aero HC-2, as the local development in local prototype workshops began in the late 1940s. However, the helicopter got its civil name only in 1956 (until then it bore only the military designation VR-2), when the premises already fell under VZLÚ and therefore the correct factory name is “only” HC-2 or HC-102. Other named names Moravan or Zlín are unfortunately completely wrong. It was not a licensed production, but only an assignment of production by VZLÚ, which logically could not produce the machine. Another probable reason why the machines were manufactured in Moravan Otrokovice was less strategic importance in the military production effort. Produced here is the “only” training and sports equipment. Heli Baby in the name was the trade name for the helicopters of the HC-2/HC-102 series. 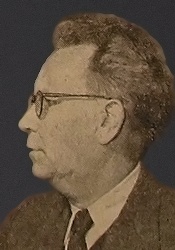 Based on the experience with the XE-II prototype, it was designed by Ing. Jaromír Šlechta in prototype workshops of Aero. Unfortunately, during the Cold War, when the emphasis was more on combat machines and interest in the development of this helicopter was thus pushed to the margins of state interest. The first prototype, built in 1951, was created only thanks to the dedication of its creators, who often worked on it even in their free time and with a partial contribution of their own funds. The design team managed to complete the second test machine a year later and today it is hung in the so-called transport hall of the National Technical Museum in Prague. Since it was necessary to fine-tune the characteristics of the machine so that it did not affect the flight characteristics during operation, the first tethered flight did not take place until March 3, 1954. For the first free flight (with the first prototype), carried out by Cpt. Josef Němeček then happened exactly nine months later, ie on December 3 of the same year.

Then the necessary adjustments were made in the workshops to increase safety and overall flight quality. Due to considerable vibrations, the original two-bladed rotor was replaced by a three-bladed rotor, a small symmetrical stabilizer was also installed and the cycle lever was shortened. The test pilots then also demanded an increase in the cabin and related modifications, which would lead to a better view during the pilot. This helicopter was first presented to the general public at the Brno trade fair in 1955 during the 1st exhibition of Czechoslovak engineering. During these exhibitions, it later appeared in the following two years, 1956 and 1957. Visitors could see it with the registration of the V-10 from VZLÚ on the bow. OK-IVA received the first prototype certificate of airworthiness and matriculation on August 19, 1958, just a few months after the start of series production. It is also a little known fact that it was this machine that he played in the film Holidays in the Clouds. The shooting then took place at Podhořany Airport, which belongs to the East Bohemian Aeroclub Pardubice. During the filming, he also received a beautiful red-cream paint, which you can admire on it in the Kbely Aviation Museum to this day.

The start of the already mentioned serial production, which was planned for 1957, had to be postponed for a year due to problems with the homologation of the Praga DH engine. Although the designer of VZLÚ, Richard Schön, came up with a project to install an M-332 engine with an output of 103 kW, it was unfortunately not implemented and we were still waiting for Praga engines. The first serial machine was not christened until August 18, 1958. Despite these initial difficulties, the helicopter was presented at the EXPO 58 world exhibition in Brussels. It was flown from VZLÚ airport in less than ten hours by test pilot Zdeněk Pondělíček and mechanic Jaroslav Písaříček, it was again a machine with OK-IVA registration. Unfortunately, in the same year, our then army began to use the first mass-produced Mil Mi-1 helicopters, and clouds began to withdraw over the fate of the domestic helicopter. Although some HC-2s flew without problems in Svazarmy, at the end of 1959 the decision was made to shorten their current life to a maximum of 50 hours and then have them rebuilt to a more powerful version of the HC-102 Heli Baby. The paradox is that in June of the same year, two machines of this “weaker” version managed to set two world speed records at the time (114,248 and 120,182 km/h). In 1959, the HC-2 was also one of the lightest helicopters in the world.

With the installation of a more powerful M-110 H engine with an output of 81 kW in the HC-2 airframe and some other modifications, a new type called the HC-102 was created in 1961. It differed from its predecessor by an electric trigger, a larger diameter propeller, a plexiglass bow and the placement of a battery in the middle of the bow. On request, it could also be equipped with an on-board radio and intercom. A machine of this type first looked into the air in February of the same year, and then the first two pieces were sent for testing to VZLÚ. In the same year, the original HC-2 began to be withdrawn to the Otrokovice production plant for reconstruction. The following year, 1962, was crucial for the HC-2 and HC-102 helicopters. Although the one hundred two was already mass-produced, it was offered to the army at a time when more powerful Mil Mi-1 and Mil Mi-4 helicopters were already flying in our country, and therefore it was decided to hand over the manufactured machines to Svazarma. Here they were used to train future army helicopter pilots. Of course, other uses were also sought, such as repairs of high-voltage wires or aerial spraying of fields, but unfortunately unsuccessfully.

The last nail in the coffin of the production of Czechoslovak helicopters was in 1962 an order to stop the development and production of helicopters in Czechoslovakia, which came from the then Soviet Union. Nevertheless, in 1963, work began on the modernization of the twin with a more powerful Avia M-110 H engine with an output of 103 kW. The use of a compressor version of the M-110 HK engine was also considered, but in the end the whole program remained only in the pre-project stage. Thanks to these facts, in the end HC-2 and HC-102 were produced in Otrokovice a total of only about 40 pieces.