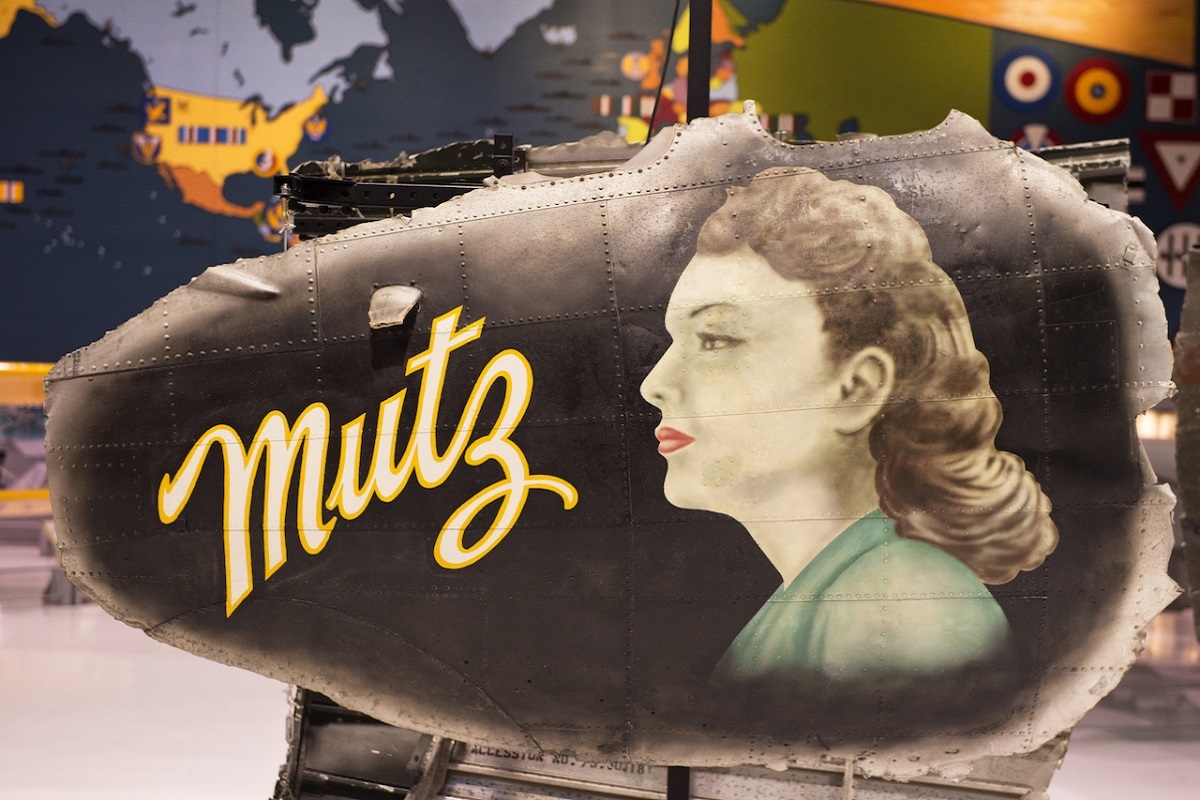 During World War I, a new kind of art began to appear on aircraft, now known as Nose Art. From the beginning, this art only served to identify aircraft of friendly wings, and later developed an artistic style that allowed pilots to express their individuality. While the Nose art is predominantly a military affair, it can be seen on civilian airplanes such as Virgin Atlantic as part of their unity.

The first recorded nose of Artem was a sea bridge painted on an Italian flying boat in 1913. In the following years, the very popular drawing of the jaws was under the support propeller, which was mainly German pilots. During this world conflict, some well-known art scenes emerged. Among the most well-known are the rising horse of the Italian Francesca Baracca, a hat in the ring attributed to John Wentworth of the 94th Aero Squadron or the kicking mule from the 95th Aero Squadron. The works of this era were often painted on the aircraft body itself, not on the pilot’s machine as it was later during the next world conflict.

However, the greatest boom occurred during the Second World War in the United States, especially at the USAAF, where no limitations were placed on the creators of drawings (mostly field workers), as was the case with US NAVY, who only allowed passwords. Various cartoons, Disney animated characters, epic fictitious heroes, or famous gowns, called “Stick”, have become a common theme. This distinctive art, which first appeared around 1910 and served for commercial or promotional purposes. Over time, it has become a separate genre that has been forbidden several times, then again under limited conditions and in the last few decades again.

The most famous artist of this genre was Sergeant Antony L. Starcer of the 91st Bomb Group (Heavy) who managed to create more than a hundred girls among the well-known “Memphis Belle” by the end of the war. The greatest known work of this era is called “Dragon and its tail”, painted by Sarkis Bartigan on the B-24J Liberator 43d Bomb Group. This piece could compete in its time perhaps with only the drawing of the red-white viper on Junkers Ju-87 Stuck of the German bomber wing StG 2. Some of the works were also created to commemorate a person or event, such as the Boeing B-29 Superfortress decorated with in honor of Ernie Pyle.

Shark teeth, which have already appeared for the first time during World War II on Zerstörergeschwader 76 aircraft. They were probably inspired by similarly decorated LGF Roland C.II machines from the previous world conflict. However, this topic was soon taken over by the 112th Squadron RAF, which later inspired even the pilots of the famous summer tigers. However, their famous drawing of the winged Bengal tiger popping out of the winning V, which was later adopted by AVG as its emblem, was a fully-designed Walt Disney graphic designer. 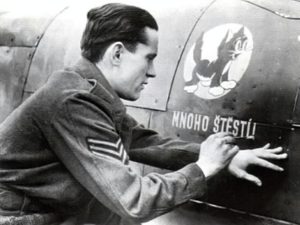 In Europe, the situation was quite the opposite, and there was very little art here. The exception was 313rd Czechoslovak RAF fighter fighters, on whose motorcaps appeared caricatures of representatives of the Nazi regime, traditional cartoon characters or personal symbols of the happiness of the pilots. The author of these very successful drawings was Sgt. Karel Pavlík (the original vocalist), who died on May 5, 1942, in the battle with the German aircraft essay Hptm. Josef Priller. His most famous work is the black boy with the inscription “Many Happiness”.

However, their machines have adorned not only their allies but also their enemies. For example, the German general and the ace-fighter Adolf Galland had a Micky-Mouse with a period phone on his machine, with a similar motif used by the German Legion of Condor during the Spanish Civil War. In Japan, the pilots used predominantly the theme of the war, and in the Finnish Air Force, this kind of art was more of an individual matter, although it was true that their art was mostly humorous sometimes upsetting.

His American memory of Nose Art did not last until the Gulf War, when the US Air Force unofficially approved the return of Pin-Up, but only dressed. In 1993, the Air Force Commander ordered that all American Nose Art Nights be gender-neutral. In 2007, however, the British Department of Defense banned women from RAF, because their then commanders thought they were inappropriate or offensive to feminine personnel.