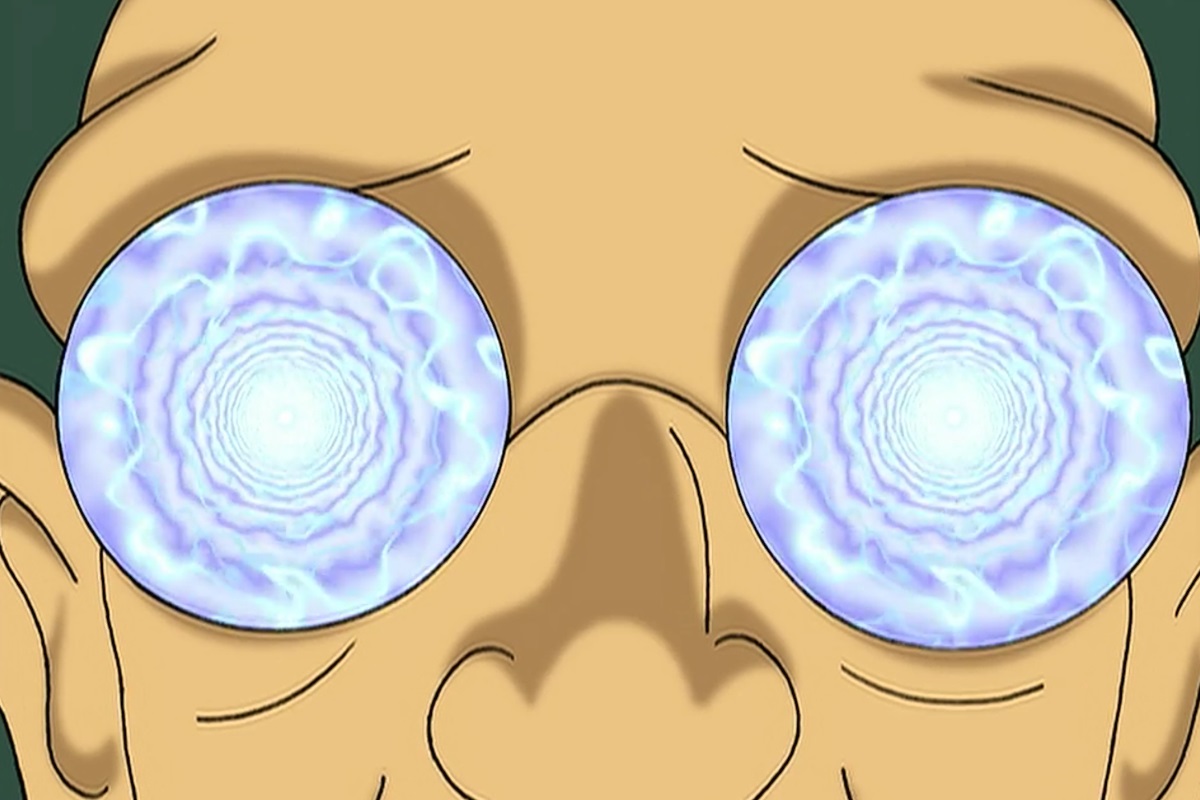 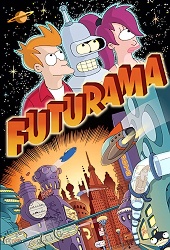 Futurama is an American animated sci-fi series, telling the extraordinary stories of the employees of the delivery company Planet Express. The story begins in New York in 1999, but during the first part it moves a thousand years further, where the fates of the individual heroes of this series begin to be written. Futurama is the work of cartoonist Matt Groening and screenwriter David X. Cohen, the creators of today’s iconic Simpsons.

The story of the first part of the third series begins when all Planet Express employees arrive to see the explosion of a nearby supernova. While waiting for the desired moment, Bender maliciously sends Fry to make popcorn, hoping to miss that unique moment. The reckless Fry throws popcorn with an aluminum casing into the microwave and unknowingly starts a chain reaction which results in a mistake in space-time. The spaceship and its crew are thus thrown back into space orbit in space in 1947. During the emergency landing, Bender refuses to strap himself and ends up scattered in the Nevada desert. While the other crew members were resting, Dr. Zoidberg was tasked with collecting all the parts of the bending robot. In the late hours of the night, together with the collected parts of the robot, he is discovered and taken to a nearby base by the army. While the fragmented Bender is thoroughly researched by base researchers and preliminarily identified as the wreckage of an alien vessel, the rest of the crew finds out where and when they actually appeared.

After Leela mysteriously gets a fresh issue of the Roswell newspaper, they discover that they are the unknown crashed spacecraft, and the alien found is Dr. Zoidberg. In the meantime, Professor Farnsworth manages to reveal the fact that the space-time hole is still open, but closes dangerously fast, threatening the crew to become definitively trapped at this time. So the professor decides to work with Leela to find a new microwave oven, but he fails to do so, as the first household microwaves did not appear on the US market until 1955. Meanwhile, with the assistance of Bender’s head, Fry tries to find and rescue Dr. Zoidberg at a military base. . During this important mission, he encounters his grandfather Ignatius, whom he tries to persuade to leave the army. He misinterpreted the professor’s warning not to interfere with the past and began to suffer from the idea that something was to happen to Ignac. Ignatius invites Fry to a cafe where his fiancée and Fry’s grandmother Mildred work to explain his health concerns. However, Frye grabs another fit of hysteria and quickly takes him to an abandoned building in the middle of the desert, which, as it turns out, stands in the middle of a nuclear shooting range.

After an unsuccessful attempt to get a new microwave, Professor and Leela go to a local coffee shop to discuss what they will do next. There, Fry also meets them to tell them that he inadvertently caused the death of his grandfather Ignatius. She explains that she still exists by saying that Mildred’s waitress can’t be his grandmother and tries to comfort her. The other two eventually find the shocked rest of the group in her bedroom, where Professor also explains to Fry that he has changed the past and become his own grandfather. Meanwhile, President Truman secretly arrives at the base to inspect the mysterious alien. It is interesting that the box with the president is lined with the rear loading ramp of the aircraft, which, however, is not with the real machine. The Consolidated C-87 Liberator Express actually has a cargo double-leaf cargo door located in the rear left of the airframe. In the story, meanwhile, Leela tries to recover Fry, while the rest of the crew decides to attack the base with a spaceship, steal military radar, rescue Dr. Zoidberg and the rest of Bender’s body.

As their ship retreats, they chase two P-51A fighters for a while, while another machine is preparing to take off at the base airport, this time the P-51D. During a steep climb, during which Leele manages to get rid of the pursuers, Bender’s head slides back from the open cargo hold to the ground. However, there is no time to save it, the space-time hole will definitely close in a few moments and the crew will be able to fly back to the year 3002, literally at the last minute. In the 31st century, Fry laments the loss of Bender’s head, but only until he realizes that he is still lying in the Nevada desert. Thanks to the metal detector, it is soon found and the complete crew returns to the ship, towards a better tomorrow.