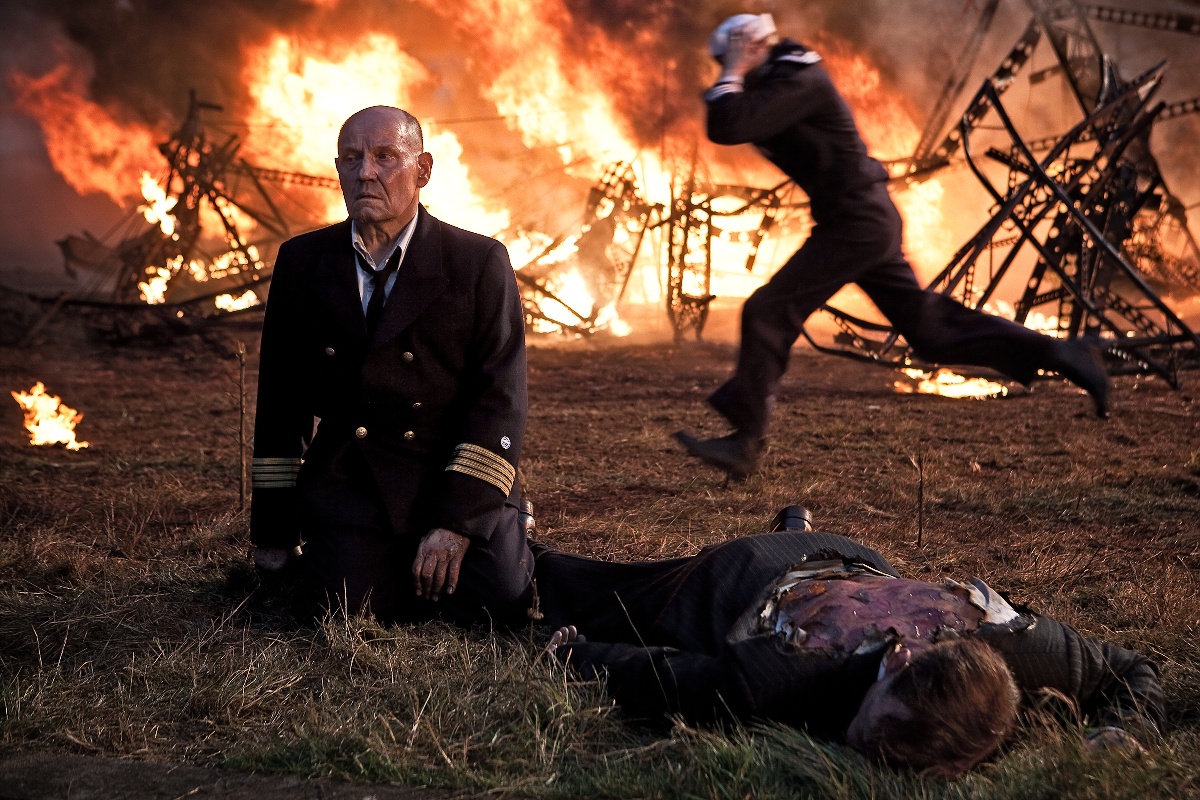 A German television film filmed in 2011 by Philippe Kadelbach, who portrays one of the possible conspiracy theories about the fate of the most famous German airship of his time. In addition, the screenwriter succeeded in enriching the fictitious story of love between the merchant’s daughter and the engineer involved in the construction of this air giant.

The story begins in the spring of 1937 when engineer Merten Kröger first chooses to try his improved glider, the Schulgleiter SG-38. The flight begins smoothly and Merten enjoys the flight properly. He does not notice a flock of wild geese that flies directly to his glider. At the last minute, he pulls a knife, but one of the geese damages the control of the ailerons and he crashes in a nearby forest in the lake. Luckily, this girl has chosen to relax even an unfamiliar girl who will save her from drowning by his immediate actions.

The girl with the rescued pilot will introduce herself as Jennifer, and he will offer her a thank-you salvation to take her to a noble party at the US Consulate. Jennifer flees him without reply, and only a lightning with dedication remains to him. In the evening it becomes clear that Jennifer is the daughter of a wealthy American merchant in whose honor the party is held. At the party, Jennifer tells her mother Helen that her father had a heart attack. Even though Edward Van Zandt’s report quickly recovers, they decide to return to New York the next day. The situation is also fully informed by the second captain and reminded of the importance of this flight to the airline.

By that time Van Zandt had learned in New York that his wife and daughter had decided to fly back to America, and Hindenburg had chosen to be a means of transport. On the day of departure, a pre-flight briefing takes place in the airport background where pilots are forced to keep the flight timetable literally at any cost. In the meantime, Kröger is called back to the telephone during which Dr. Eckener is tasked with preventing Van Zandt from entering the aerostat. On the way to Van Zandt, he collides with Fritz Ritenberg and tells him about his call. On leaving, Fritz is unexpectedly trying to kill him, unfortunately he gets himself on the shards and dies when he gets a fight. Just before the end, Merten would be alerted to the bomb in the airship. Merten tries to find out where the bomb is located, but Fritz, unfortunately, just needs to say the name “Jennifer” before the death. It gets even more complicated when Colonel Jürgens sends him to the police and charges him with murder. However, he can get through the service entrance in the airship and briefly meet Jennifer at the connecting door.

To be able to tell her how it really was with the murder of Fritz, she decided to meet her again at midnight at her quarters. After this interview Merten begins to look for an alleged bomb located somewhere inside the hull of the ship. During the search, he begins to suspect NSA officer Bastian from sabotage, and finding that he is a member of the Gestapo will still confirm it. There will be a fight in which the NCO almost falls out of the airship, Kröger will try to use the benefits and try to get information on the location of the charge. Unfortunately, before he gets any answer, the garrison suddenly appears on the spot and arrests him for the murder of Fritz Ritenberg. Subsequently, he is interrogated by the Gestapo, not because of the murder, but because of the imaginary documents he was supposed to steal from the Ritenberg slain. Since dr. Eckener denies all their conversation, losing Merten’s last chance to prove his innocence.

Jennifer does not seem to think about anything and is looking for some evidence of the truth of his claim. Together with Merten’s friend, she finds her crew’s clothes and humidor keys in her fiancé’s quarters. They therefore request the opening of the storage cabinet and find out that the humidor served only to give Fritz the dynamite rollers aboard. This information immediately interrupts the interrogation of the Gestapo and instructs the crew to search the entire ship and find the explosive. Merten, the beaten blood, joins up to find a way to find Jennifer and a telegraphist who asks for a favor. The whole frightened person handed him a box of documents he had been interrogated for a while ago.

It worships him, but agrees and returns to Jennifer. At that moment, their love will culminate and they both fall passionately. Then they both examine the contents of the box, and Merten is suddenly aware of what is going on here. He immediately returns to look back to Fritz’s cabin to find more evidence to confirm or disprove Merten’s theory of assassination. If they do not find anything else, they decide to talk to her mother, Helen Van Zandt. Helen is unknowingly told during the conversation, and Merten is even more suspecting that Van Zandt is also involved. In the meantime, Hindenburg is still hiding a bomb in his bowels, and his flight has been delayed by another hour due to the storm at the planned time of arrival in New York. This is decided by the crew to use and declare the radio delay to force the assailant to reset the timer. Upon promulgation, Merten and Jennifer manage to listen to the conversation between her mother and the explosive assassin.

After the conversation ends, Kröger begins to watch the assassin who finally leads him to the explosive site. He starts to persuade him to destroy the bomb, but the situation will fall into a skirmish during which the sabotage dies from the ship. At the airport in New Jersey, between Hindenburg is eagerly awaited by the press, a crowd of locals, but mainly Van Zandt, who all the time hopes that his family will have to save before the ship explodes. Captain Lehmann begins to make the last turn around the anchor mast, but he does not know that one of the tensioning ropes has cracked and the gas bag broke. At that moment, Merten continues to search for a bomb, but this time on the outside of the shell of the airship. During the landing, he finds the charge and manages to destroy it, but the Hindenburg skeleton is all charged with static electricity from the storm that they have traveled to America.

After landing, Captain Lehmann orders a gas discharge and unintentionally triggers a chain reaction. The damaged gas bag ignites static electricity and the fire begins to spread across the Hindenburger. Kröger can jump on the anchor rope, which is unfortunately impossible to say about his friend. There is an absolute chaos in which everyone tries to save as they can. In it, Merten finally succeeds in persuading Jennifer to jump out of the burning wreck before her fire engulfs her as her mother.

Treated Jennifer at the airport first sees her father, but before she answers the question of whether she knew about the blast, she was abducted by the Gestapo. Van Zandt, who finally decided to tell journalists the truth about sabotage, is forced to continue this unfair game, which should bring Germany a chance to end the embargo, and at the same time speed up preparations for the Second World War. Several days after the crash, Merten visits Dr. Eckener, who is also by chance here in America, and persuades him to cooperate on Jennifer’s rescue. When the box of important documents is exchanged for his love, the whole situation gets out of control, but Van Zandt strikes vigorously, shoots the kidnapper, and because he knows too much, then he will commit suicide. In the end, the loved couple will rather decide to live a peaceful life in America after this incident.