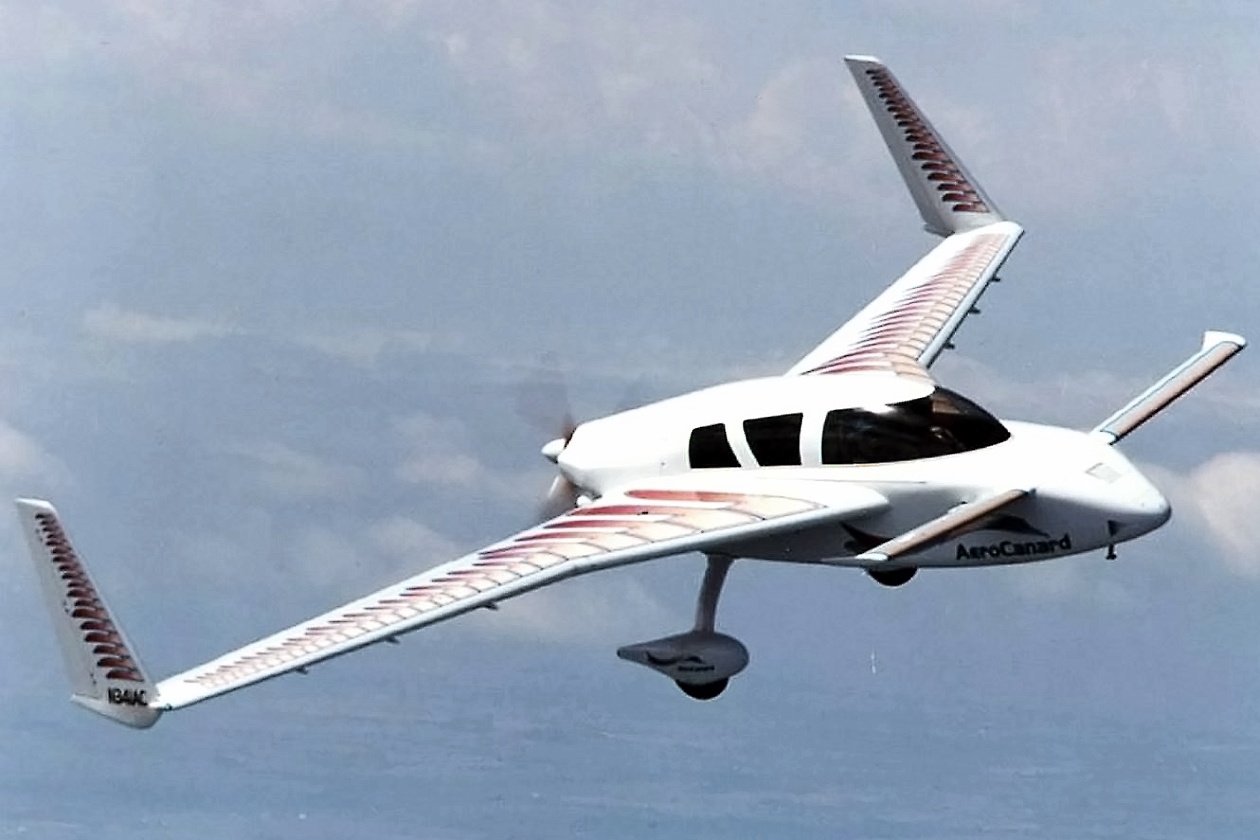 AeroCanard RG is the third version of the four-seat composite airplane called duck concept, which has the full retractable chassis as the only version. It is a plane that AeroCad offers as a construction kit in different phases of processing designed for amateur construction by the end user. This version has also become a model for the production of the Ishani airplane in Disney’s family film Aircraft.

AeroCad Company originated from Cozy Mk.IV aircraft from Aircraft Spruce & Specialty Co. and Aerospace Velocity. The first of these two types is currently also licensed under the name AeroCanard SB. The entire aircraft is powered by a 150 kW Lycoming IO-360 engine equipped with a pressure propeller. The plane stands on a three-wheeled chassis, which has (except for the RG variant) retracting only the front wheel.