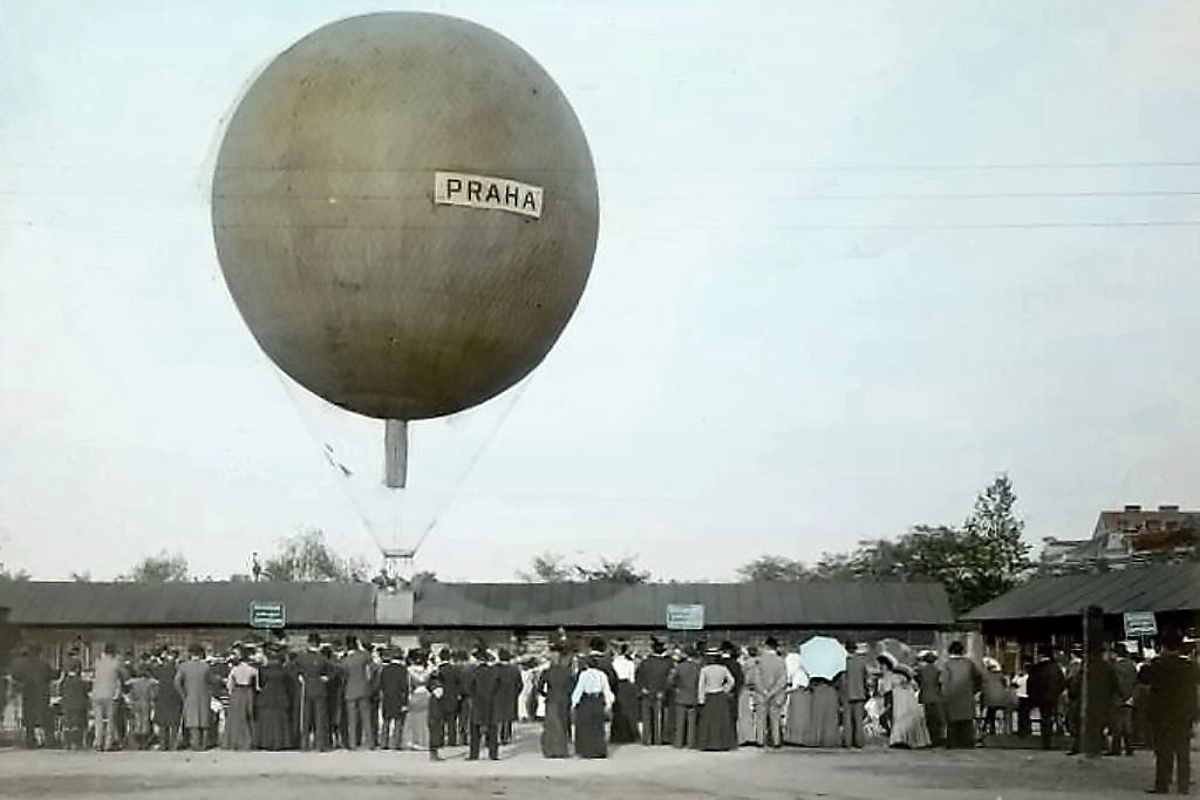 The name of Prague carried a 1,000 m³ gas balloon of French production, which was kept inside by means of a valve. The trash can also carry one or two passengers in addition to the air carrier. This aerostat, however, only came into the air four times. Because of his ancient appearance, he has become a piece of his film for several times. You can see it for example in the Czech comedy Dinner for Adele or one of the episodes of the bowler doll named Pan Tau and oversized balloon.

In 1904, a wealthy merchant, a fired airman and a member of the Czech Aeronautical Society František Hůlka, bought a replacement for his long-standing predecessor named Ressel. The first flight took place successfully on 25. September, when he got out of Prague and landed at Velvar. This technological novelty was used by professor Václav Zenger for the purpose of monitoring the solar eclipse, which was used on 30. August 1905, but it was not done because of the strong wind. On the contrary, in September of this year, the original engineer Jan Plischke took the first aerial photographs on the territory of the then Austria-Hungary. His last visit to him was 18. October 1908 with the accompaniment of a journalist and editor of Heinz. The net, basket and balloon circle are today exposed in the traffic hall of the National Technical Museum in Prague.

A package weighing 162 kg consisted of 32 segmented parts of pergal (cotton fabric with a strength of 1000 kg / m²), which were painted with four layers of waterproof lacquer. The Walnut Valve had 12 horizontal pairs that were connected with 16 belts and the same number of bolts. The network was made up of 128 diamonds, which had a 3 mm thick silk rope made of Italian silk. At the end of it there were 32 reels on a sharp wooden circle that connected the basket to the net. The reel was splintered from the Spanish stream and reeds. Four horns of 16 mm thick and 1600 kg of strength were interlaced. Rope leading to a 20kg anchor was 40m long, trailing 66m and weighing 30kg.