Shortly before the outbreak of World War II, an uneven aerial battle took place in the airspace above Lipová. The pilot of John Kello and the observer Jaromir Šotol, who was conducting a reconnaissance flight on 25. October 1938, attacked a pair of Hungarian fighters.

But let’s get back to the beginning of this story. Although it was already a month since the Czechoslovak Republic adopted the Munich Dictate, there were still fierce fighting with the Hungarian army in the disputed territory of the southern part of Slovakia and Carpathian Ruthenia. On the fateful day, 21-year-old pilot Ján Kello and 20-year-old observer Jaromír Šotola got an order to conduct a reconnaissance flight on the route Zlaté Moravce-Zielezovce-Stará Ďala (now Hurbanovo)-Velký Meder and Nové Zámky. However, Junkers Ju-52, along with two Fiat CR-32 fighters, penetrated the same day. According to the official version, the three-engine airplane was to hire a private company to take pictures of the Danube river basin for melioration work, but actually carried a leaflet with anti-Czechoslovak texts.

Just as the Shootol photographed the village of Zemianska Olča, both Hungarian fighters saw their aircraft. Kello and Leto were just turning over Grand Meder when he was attacked without warning by the Hungarian Fiat. The three-dose Czechoslovak machine was most likely shot down by commander of the attacking pair of pilots, László Pongrácz. The first dose will be able to shoot the left side of the bearing surfaces, the catchment reservoir and probably also the poor Jaromír Šotola. Kello then tries to land safely with all his forces and his plane is hit twice. In an emergency landing near Hodžovo village (today’s village of Lipové), the entire flight turns over on the back and the pilot is finally able to escape from the burning machine.

When shooting Zemian Ocel in the area above the village Lak, about 700 meters away, I was surprised by the shooting and the airplane was hit in the catchment. Immediately I turned left and tried to get to the ground, when I received the second dose of wounds that crashed me and damaged the left wings and the surface. Just after the second fire, the airplane started to burn and I was about to land. Meanwhile, I got a third dose of wounds at an altitude of about 150 meters. The airplane did not let itself control the wings and I was forced to land. The landing was done with a partial impact on the ground, so the aircraft overturned on its back and stayed in a position about 35 degrees to the ground. I only had so much time to get out of the airplane. When I was about three feet from the airplane, it was already in full flames.

After this conflict, the remains of Jaroslav Šotola were transferred to his native town of Chrudim, where he was equipped with a funeral with all military honors. In this village, a monument was revealed on 9. May 1946, and the then president Edvard Beneš awarded him a memorial war warrant.

The result of this incident was the issuing of orders by the commander of the Czechoslovak Air Force by division general Ing. Jaroslav Fajfr, according to which, as of 27. October 1938, the Czechoslovak Air Force was allowed to fire any aircraft with a Hungarian designation which would disrupt the Czechoslovak airspace. For civilian aircraft, it was related to machines from which to shoot or from which leaflets or possibly bombs would be thrown. However, before this command came to the air units, the former prime minister, Jan Syrový, was abolished.

However, with this abolition, the newly appointed commander of the 3rd Army did not agree with Army General Lev Prchal who was in charge of Slovakia and Carpathian Ruthenia. On 27. October he even asked for the recall of this regulation, as it says:

… in practice, they smash the spirit of the Czechoslovak Air Force in Slovakia and raise the Hungarians’ morale and convictions.

Surviving pilot Ján Kello served during the Second World War as the rotator of the Slovak Air Force as a pilot for Mraz. Sadly, on 25. May 1943, his fate reached him. Tragically, he died in the ruins of a Zobor-1 sports aircraft near the village of Výčapy-Opatovice during a test flight from Nitra towards Trenčianské Biskupice.

An interesting bead at the end of this tragic story is the fact that Jaroslav Šotola became the first Czechoslovak plane (perhaps even the world) who had fallen in the Second World War. 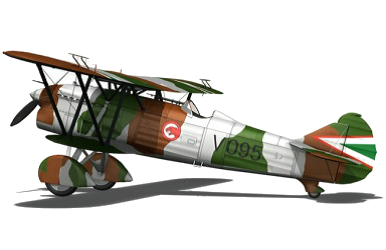