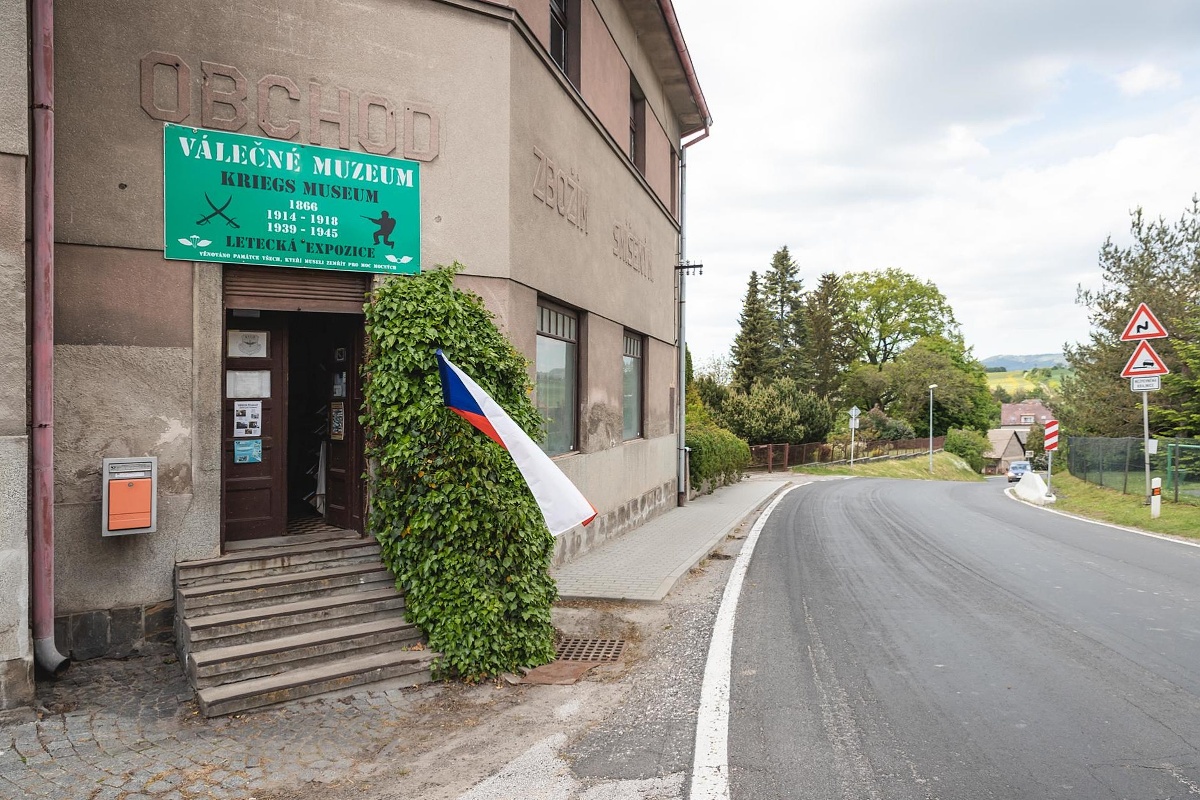 During this year’s holiday in Bohemian Paradise I came across this small museum of the rich history of war. Inside you can see various exhibits showing the course of three major war conflicts that touched this small village. The most interesting exhibits certainly include a model gun 26, an antiaircraft cannon pattern 38 or tank remnants. The exhibition begins with an account of the Jičín battle during the Prussian-Austrian War, followed by an interpretation of the war in Italy and the legions in Russia, and finally of the failed operation of ANTIMONY and the RAF flight crash – František Truhlář during the Second World War.

In the second part of the museum there is a presentation of the findings of the ruins of the military and air history club Rváčov-Černá. There are found debris from seven different planes, among others the only Heinkel He-177 Greif, which, due to the ice and the reaction of the pilot, fell into the air over the Czech territory.

Other planes whose fragments are visible in the museum: