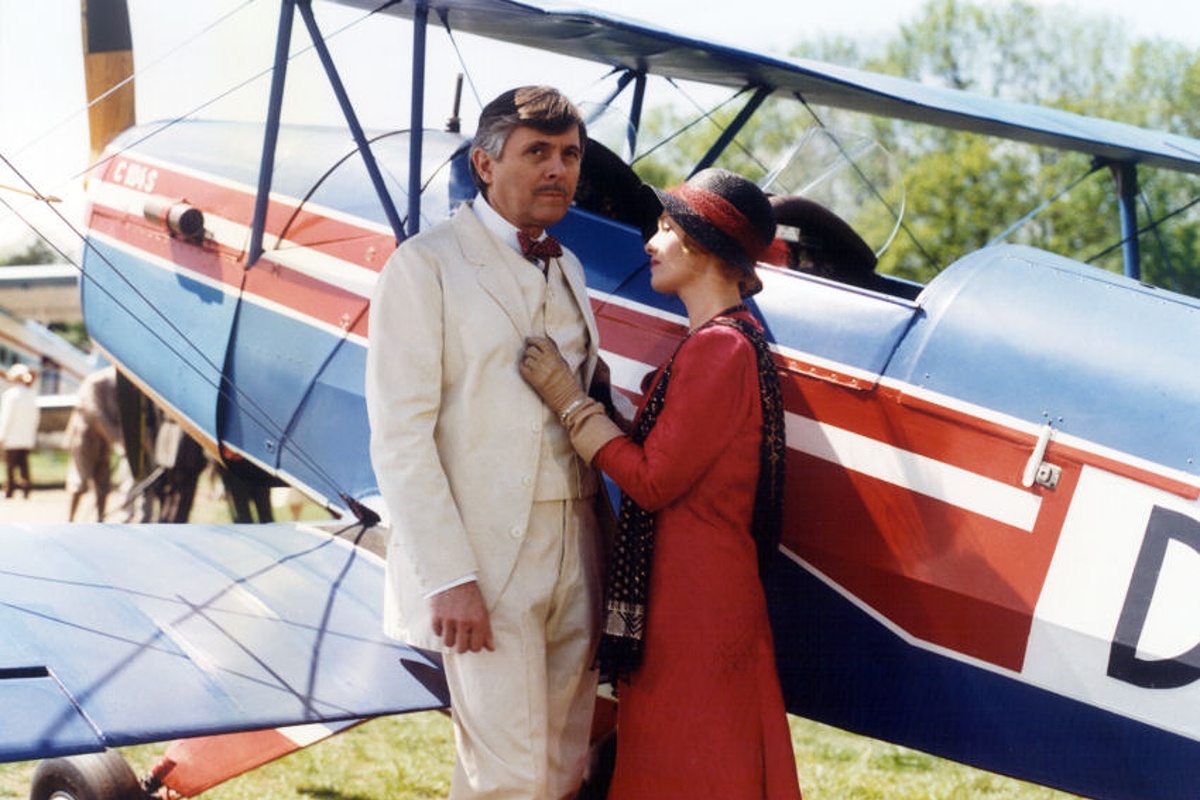 This part begins with the arrival of Josefina and her girlfriend Greta Lützow at the opening ceremony of an exhibition of paintings by the late Paustowsky painter. Upon arrival, the curator of the exhibition will be welcomed and immediately noticed the similarities of Josefina’s necklace with the portrait painting of a naked girl. The girl was Charlotte Liebermann, who painted the model. Greta, the exhibition does not initially take much notice, but only until it notices the necklace. After visiting the exhibition, Josefina at home is practicing on her upcoming performance in the theater, and her daughter, in the meantime, completely loses all the patience and interest in the activities her mother pays to her. She tries to explain to her mother that she has no talent like her. However, this is not what Josephine would like to admit and so she tries to get her daughter into the theater at least.

In the meantime, Charlotte gains a seat at the Berlin court as an assistant. Late in the afternoon, factoryman Gahlmayer will tell his lover Greta that she will no longer be her puppet. Meanwhile, his wife Josephine is dedicated to recording her record of her songs and preparing for the performance. At the official opening of the airport, Josef Abrham is a new aircraft carrier, Gahlmayer. The filmmakers, for their similarity to the transport machines of the 1930s, were selected by the post-war Antonov An-2 multipurpose aircraft. Unfortunately, the role of the series has also played its role here, which is particularly noticeable in disguising the original machine matriculation. So instead of the successful static model of the inter-war transport vehicle, the factory presents the post-war aircraft. Before looking at the airplane, Greta tries to persist at Gahlmayer, but when he is denied, he begins to blackmail him emotionally. Gahlmayer decides the following day to fly to Munich by his own aircraft, and during the flight decides for a dangerous piece, which fortunately at the last minute, Josefine is talking with him. Banker Albert Lützow tells his wife that he caught her at the airport with the factory man. Greta will immediately use this situation and turn everything against Gahlmayer.

Charlotte meets the Seidenstücker doctor and celebrates the arrival of the New Year at the Masquerade Carnival. At the beginning of the new year, Greta meets with Josefina, confesses to her relationship with her husband and convinces her that she is the victim of all this love affair. He does not even make a deal with the factoryman. The gregis of slander and the disturbed truth have begun a cycle of events, and Gahlmayer comes not only from business partners but also from the company. However, he is too late to rectify it, and in the evening before his performance, Josefine will tell him that he knows of his loving relationship with Greta. Eventually the drunken factory decides once again to make a dangerous bridge over the bridge, but does not think the distance is right and the impact is killing it. All Gahlmayer and Josephine’s assets are suspended in bankruptcy proceedings, which will eventually be bought by his competitor Teske. Josefine and her daughter find themselves in a mess. The part ends when Josephine’s daughter asks Greta to keep her necklace in front of the bankruptcy trustee.