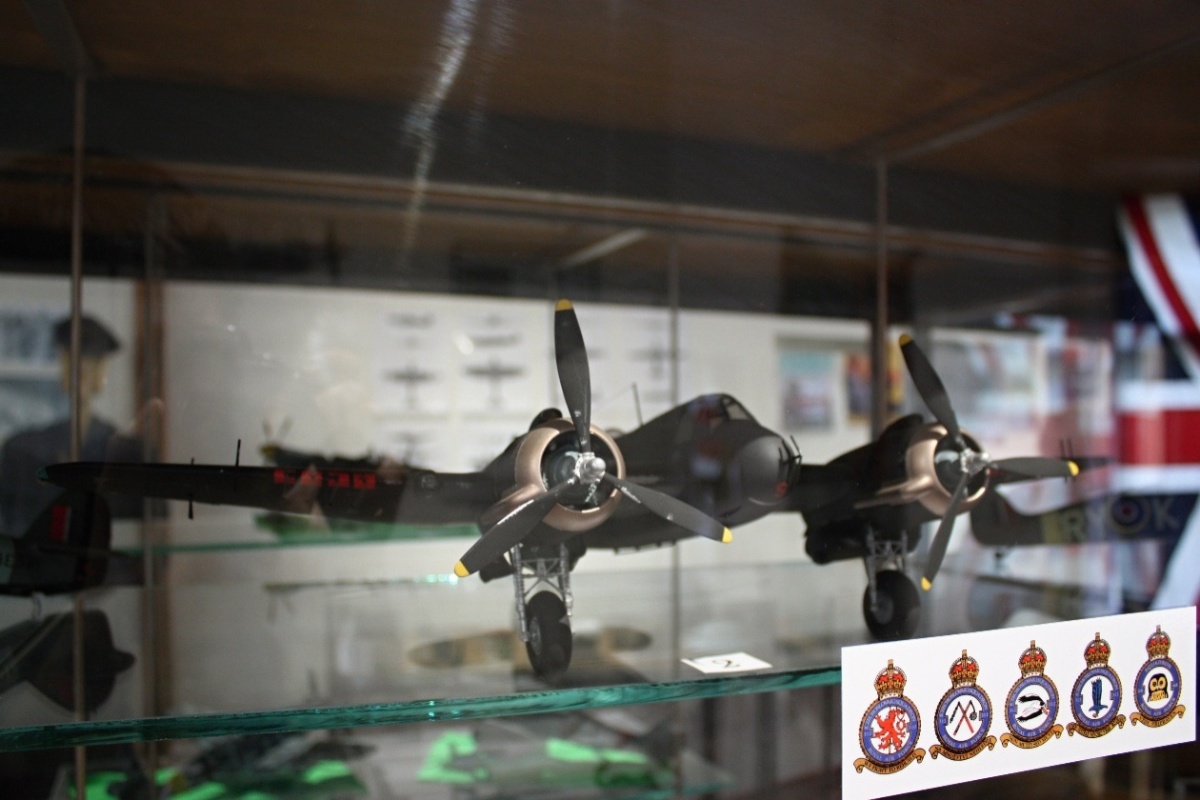 In the village of Police at Jemnice, a ceremonial opening of new exhibitions of the RAF Museum took place today, which is located in the premises of a local mansion. This unique event in the Czech Republic is an idea of ​​the Czech Spitfire Club, which in 2009 solved problems with suitable spaces for its collection of preserved objects. After they succeeded in reaching out to this project, the endowment fund of Army General Karel Janoušek and the aforementioned community did not have anything to do with realization.

The entire event was preceded by a commemorative act at the renewed monument to the birth of Czechoslovakia, where the honor guard was held by representatives of the international order of the Red Cross, the Czech Army, the Czech Spitfire Club and the Junák organization. The assembly was then moved to the castle garden over which Mil Mi-24/35 Hind fighter helicopter flew twice a flight from the nearby 22nd Biscayne Helicopter Air Force Base. The Mayor’s introductory speech was followed and the guests welcomed the guests in a variety of ways to support this event. The actor, Cyriak’s general priestess and one of the main organizers of the event, Jiří Stanislav, also gradually invited the politician Jiří Hynek, Col. gšt. Ing. Miroslav Svoboda and Chairman of the Legionnaire Municipality Ing. Jiří Železný. Several words of recognition were given by a beautifully fluent Czech as well as a foreign guest, a French colleague. Boscheri. At the end there was a short field mass for all Czechoslovak flyers killed during the Second World War.

The new expositions in thematic sections presented visitors to the common life and achievements of our pilots, mechanics, observers or medical personnel during RAF and WAAF service. For example, original uniforms of particular pilots, flight training models, sextants, a navigation lamp or a field stretcher were seen. The initiators of this joint project today also revealed their next vision, which should be the gradual extension of the exhibition by a section devoted to the fighters serving in France and the East. Besides the main premises and a bit housed around the corner, the visitor has a newly opened Hall of Fame today. On your way to the hall you can see portraits of our pilots painted by the Russian painter Boris Kjullen. Part of the program should also be Lecture Mjr. Stanislav Balík about our Air Marshal Karel Janoušek. Major Balík could not come out for medical reasons, so instead of the Crystal Hall of the Chateau he took about three hours with Colonel Novák.