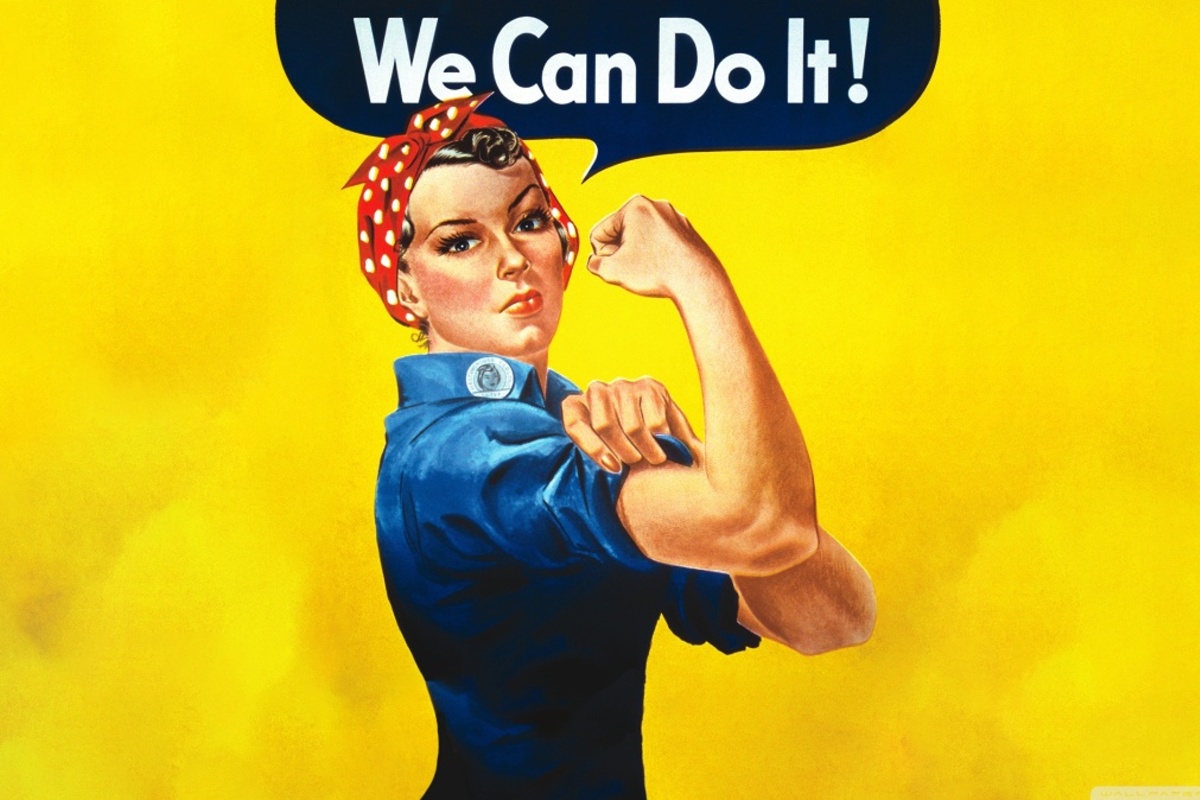 Although printed posters began to appear around 1480, in today’s post we will not focus so much on the history of these paper banners as the creation of one of them. As you probably already know, we will be talking about the legendary war poster of a woman in a blue overalls and a red scarf with white polka dots on her head. Its purpose was to raise the morale of female employees, but paradoxically during this world conflict it was not used as often as one would expect, but let’s not get ahead of ourselves and start from the beginning.

Contemporary context and creation of the work

Shortly after the Japanese attack on the naval base at Pearl Harbor, the US government called on companies to drastically increase war production of all kinds. The workplace atmosphere in large factories was often tense due to the hatred that developed between management and unions during the 1930s. In 1942, the Westinghouse Electric Company’s Internal War Production Coordinating Committee therefore hired, through an advertising agency, J.H. Miller to create a series of posters to be displayed inside the Westinghouse Electric Company’s factories. These banners were then supposed to boost morale, reduce absenteeism, direct employee questions to management and reduce the likelihood of labor unrest or a factory strike. The whole series of posters included more than 42 different themes, most of which represented men, because the company emphasized the then traditional role of women and men in society. One such example is, for example, a banner on which a smiling manager was depicted with the words: “Any Questions About Your Work?” … Ask your Supervisor.” Each of these posters was displayed in the company for two weeks and then replaced by another in the series.

Only about 1,800 copies of the “We Can Do It” banner ended up being printed, and it was not even initially displayed at Westinghouse’s intended factories in East Pittsburgh, Pennsylvania, and the US Midwest. Although mostly women worked in these enterprises, thanks to the paternalistic approach, the support of the management authority and the unity of the society at the time, this slogan was not interpreted as a support for the position of women in the workplace, but probably only as a strengthening of the morale of all employees. So the workers could interpret it as: “Westinghouse employees can do it”. In addition to boosting morale, the positive benefit of this marketing propaganda was the elimination of production delays. However, Westinghouse Electric was not the only company that began using this “motivational” poster tactic in 1942. An example is the United Auto Workers GM union, which created similar banners and then displayed them in its businesses. Even the advertising slogan of one of them “Together We Can Do It!”, complete with the inscription: “Keep ‘Em Fire!” on the bottom, is very similar to Miller’s slogan “We Can Do It!”.

The poster itself, after being displayed in the company’s interior in February 1943, disappeared for almost four decades. It did not appear again until 1982, when the competition and banner “We Can Do It!” was announced. was featured in a Poster Art for Patriotism’s Sake and Washington Post article about posters from the National Archives collection. In the following years, it was used to promote feminism, when the label “We” was understood by feminists themselves as the embodiment of female power fighting against gender inequality at the time. This understanding differed diagonally from the original intention of 1943, the purpose of which was the overall motivation of employees.

The author of the work

American graphic artist J. Howard Miller painted many posters in support of the war effort during World War II, including the famous “We Can Do It”. Apart from this work, however, very little is known about him, and even his date of birth and death have long been speculated upon. It was only this year that Professor James J. Kimble revealed more details of his life. J.H. Miller was born in 1898, as a young man he studied at The Art Institute of Pittsburgh, graduating in 1939. Later, his work also caught the attention of the Westinghouse Company (later the Westinghouse War Production Coordinating Committee) and he was hired by them to create series of posters. The works were financed by the company’s internal War Production Coordinating Committee, one of hundreds of work management committees organized under the supervision of the National War Production Board. He eventually married Mabel Adair McCauley, but they never had any children together. In his free time, he painted various studies and landscapes with oil on canvas. After his death in 1985, all of Miller’s art pieces were taken over by his siblings and their descendants, who mostly keep them at home.

The character from Miller’s poster has been referred to over the years as Rosie the Riveter, although the work itself was never called that. It is sometimes mistakenly associated with the song of the same name from 1942 or the then-popular painting by Norman Rockwell from the cover of Memorial Day magazine, published on May 29, 1943. Rockwell’s work depicts a seated worker with a sandwich and a rivet gun on her lap, making it completely different thematically from Miller’s women with rolled up sleeves and clenched fists. This is also related to the statement of volunteer historian Ed Reis, who said that the original poster was not even shown to the riveters during the war, and therefore this connection with Rockwell’s work is shown to be unfounded. Reis jokingly mentioned that the woman on the banner might rather be named “Molly the Micarta Molder” or “Helen the Helmet Liner Maker.” 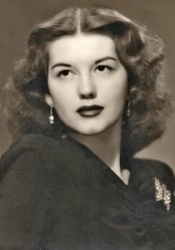 There is also great conjecture to this day about the woman who was J.H. Miller’s model. For a long time, it was assumed that the graphic artist based his work on a photograph from the United Press International agency. This image shows a young worker who is often, but erroneously, identified as Geraldine Hoff (later Doyle). This mystification arose when, in 1984, G. Hoff herself came across a photograph of a worker at a lathe from mid-1942 in an article in the magazine Modern Maturity and assumed that it was her, because she had worked at the factory for a short time. Ten years later, when she saw the “We Can Do It” poster on the cover of Smithsonian magazine, she assumed that J.H. Miller had portrayed her. For a long time, she was considered by the general public as a woman whom the graphic artist was inspired by when creating the work. 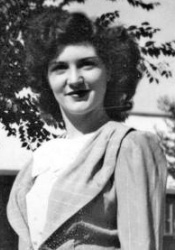 However, from the archives of Acme Newspictures, Professor James J. Kimble was able to obtain the original photo with a yellowed caption identifying the woman as Naomi Parker. A March 1942 photograph of Naomi and her sister (Ada Wyn Morford) at work was taken at Naval Air Station Alameda, California, and has also been published in various newspapers and magazines since April of that year. However, at this time, Hoff was still attending school in Michigan, so she could not be the woman in this picture. In 2015, the Parker sisters were interviewed, during which it was revealed that they had known about the misidentification for five years, but were rebuffed in an attempt to correct this historical error. Historian and close friend of J.H. Miller A. Ruch also stated that the aforementioned graphic artist was not in the habit of creating his works based on photographs, but rather worked with live models. So it is much more likely that Miller noticed this photo in the Pittsburgh Press, which printed it in their newspaper on July 5, 1942.